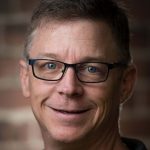 David G. Simmons is the Senior IoT Developer Evangelist at InfluxData, helping developers around the globe manage the streams of data that their devices produce. He is passionate about IoT and helped to develop the very first IoT Developer Platform before “IoT” was even ‘a thing.’ David has held numerous technical evangelist roles at companies such as DragonFlyIoT, Riverbed Technologies, and Sun Microsystems.

All session by David G. Simmons

The Internet of Things as a platform for development

Pushing IoT Analytics to the Edge