Data Sorcerer at The House Connected 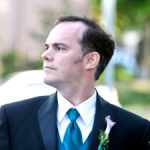 Thom Wiley grew up in the wilds of Eastern Kentucky and after college, spent most of his years in Durham, North Carolina which makes him, according to the recent influx of residents, ‘nearly native.’ He has received professional education from MIT, Harvard and UC Berkeley with emphasis on Data Science and Supply Chain Management.

Currently, he is in a start-up that applies IoT demand management to SOHO (Small Office, Home Office) and Single Occupancy Dwellings. He has also written several monographs from I/O Blockchain security concerns and how to remediate, to comparing IBM’s Watson to Asimov’s Psychohistory ‘Prime Radiant.’ He currently owns the softest dog in Durham, NC.

All session by Thom Wiley

The Theorem of Everything