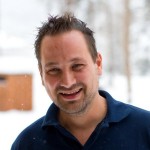 Paul Fremantle is the Co-Founder of WSO2 and an active board observer and advisor. He was CTO of the company until early 2015. Paul is a committer and member of the Apache Foundation where he helped start numerous projects including Axis2, and Synapse. Paul previously was a Senior Technical Staff Member at IBM where he led the open sourcing of three internal projects and added the first SOA support to the WebSphere platform. Paul plays the tin whistle and is a keen snowboarded. He is researching secure middleware for the Internet of Things at Portsmouth University.

All session by Paul Fremantle

Your Thing is Pwned

Your Thing is Pwned