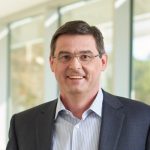 As Chief Operating Officer and Chief Technology Officer (CTO), Oliver Schabenberger is responsible for setting the technology direction for SAS and executing the company’s strategic objectives and business priorities. He oversees multiple divisions within SAS, including R&D, Sales, Marketing, Information Technology and Customer Support. As the driver for SAS’ software innovation strategy, Schabenberger has a strong focus on advanced analytics technologies such as machine learning, deep learning and artificial intelligence as well as the growing demand for Internet of Things capabilities. His thought leadership and expertise in these areas result in frequent speaking engagements across the globe at conferences and forums. As a lifelong learner, Schabenberger is keen on actively sharing his knowledge in industry-leading media outlets such as InfoWorld, Huffington Post and other publications. “Analytics is not just at the heart of what we do; it is the force that inspires and drives change across organizations,” says Schabenberger. He works closely with Jim Goodnight, CEO of SAS, to shape SAS’ vision and keep the company at the forefront of innovation so that customers have access to the technology and services they need to be successful. Schabenberger’s leadership as CTO positioned him well to become COO. As CTO, he was instrumental in launching the latest advancement in SAS® software, SAS® Viya,® which handles growing data volumes, taps into the latest deep learning algorithms and unites SAS with open source technologies. His background and expertise in technology and analytics,  combined with his knowledge and understanding of the SAS business, are essential to executing the company’s vision and strategy. Prior to being named CTO in 2016, Schabenberger led the Analytic Server R&D Division, where he and his team developed a high-performance analytics architecture that helps customers solve problems and identify opportunities much faster than traditional computing environments. Under his leadership, a scalable analytic server was developed for visual analytics and visual statistics solutions, which gives users greater flexibility to explore and visualize data of any size. He also drove advances to SAS Event Stream Processing software, which gives customers the ability to analyze streaming data generated from the Internet of Things in real time and respond more predictively around issues such as fraud prevention, cyberdefense and energy consumption. Before joining SAS in 2002, Schabenberger served as Assistant Professor of Statistics at Michigan State University (1996 to 1999) and Virginia Tech (1999 to 2002). He was awarded tenure and promoted to Associate Professor of Statistics at Virginia Tech in 2001. Prior to that, he received his PhD from Virginia Tech in 1995. In addition to co-writing three statistical textbooks, Schabenberger has been recognized as a Fellow of the American Statistical Association. He holds several patents on software design and algorithms

All session by Oliver Schabenberger