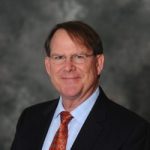 Mr. Weatherford is a Distinguished Fellow at the Poneman Institute, a member of the CSIS Cyber Policy Task Force for the 45th President, a Founding member of the CyberCalifornia Board of Advisors, and serves on the Government Advisory Council of Palo Alto Networks and the Advisory Boards at Cylance, Coalfire Systems and AlertEnterprise.

Mr. Weatherford earned a bachelor’s degree from the University of Arizona, a master’s degree from the Naval Postgraduate School and holds the Certified Information Systems Security Professional (CISSP) and Certified Information Security Manager (CISM) certifications. He was awarded SC Magazine’s “CSO of the Year” award in 2010, named one of the “10 Most Influential People in Government Information Security” by GovInfoSecurity in both 2012 and 2013 and was selected for the 2013 CSO Compass Award for leadership achievements in the security community.

All session by Mark Weatherford