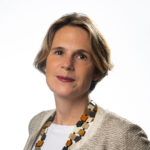 Mrs Janssens currently serves as the head of the manufacturing sector for Western Europe. In this capacity, she empowers the digital transformation of process and discrete manufacturers. She has a true passion for the power of cloud and edge technologies in industrial and business model revolution. She relocated to Europe 2 years ago from Africa where she was the country manager for Angola, Botswana, Namibia and Zambia. Mrs Janssens oversaw the activities of Microsoft in these 4 countries and was part of the leadership team of Microsoft that manages 65 countries across Africa & the Levant region. Mrs Janssens originally joined Microsoft in Belgium seven years ago. She was part of the Belgian senior leadership team and a director on the boards of the “Microsoft Innovation Centers” which are private public partnerships with Belgian government entities, Microsoft and other private partners aimed at promoting local innovation, start ups and entrepreneurship. She is an advocate of diversity and inclusion at board level, a member of “Women on Board” and one of the ”Inspiring Fifty” Belgian women in Tech. She also serves on the MBA admissions committee of the BAEF (Belgian American Education Foundation).
She started her career as a strategic consultant at Bain & Company, held various sales management positions in Belgium and abroad in Telecom and Tech sector. She is a BAEF fellow, holds an MBA from the Chicago Booth school of business, a commercial engineer master’s degree from KUL and a commercial engineer bachelor’s degree from UCL. Laurence holds both Belgian and Swiss citizenship, is married and is the mother of three teenager boys.

All session by Laurence Janssens

Keynote: How manufacturers can create value at scale with IoT technology from edge to cloud