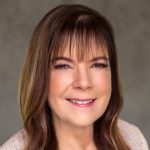 Ms. Jeanne Bayless is a seasoned early stage venture capital investor as well as serial entrepreneur. Presently Ms. Bayless is a Partner with Bayless Capital, a Dallas based early stage venture capital fund with $50M under management. Prior to Bayless Capital, Ms. Bayless was CEO of Innovation Catalyst and The Catalyst Fund, a Baton Rouge based non-profit venture development organization, which was formed by Ms. Bayless in concert with community leaders to strengthen and broaden Louisiana’s entrepreneurial ecosystem.

Prior to joining Innovation Catalyst, Ms. Bayless was the Managing Partner of the U.S. office of STAR Ventures, an international venture capital fund with $1B under management. Before joining STAR, she served as Director of Strategic Investments for Intel Capital managing financially attractive investments in support of Intel’s strategic objectives. Prior to her tenure at Intel Capital, Ms. Bayless was the Founder, CEO and President of AnswerSoft, a venture capital startup that developed software for the automation of inbound call center operations. AnswerSoft was acquired by Davox Corporation in 1998, and Ms. Bayless assumed the role of VP of Marketing after the acquisition. After Davox she assumed the role of VP of Marketing at NetBoost Corporation, a startup that developed solutions for the acceleration of network applications. NetBoost was acquired by Intel Corporation in 1999. Ms. Bayless also served as the Chairman of the North Texas Regional Center of Innovation and Commercialization, the Board of the Metroplex Technology Business Council and the Advisory Boards of the Entrepreneurs’ Foundation of North Texas and the University of Texas at Dallas School of Management. Ms. Bayless is a frequent guest speaker and lecturer on entrepreneurship and cross-border startups. Ms. Bayless holds an M.S. in Management Science from The University of Texas at Dallas and a B.S. in Computer Science from Texas A&M University. She received the Distinguished Former Student Award CSE from Texas A&M University in 2010.

The function of the IoT Community, is to focus on the adoption & application of IoT in commercial environments, seeking to understand & contribute to applying the technology or overcoming the wide variety of barriers, inhibitors, and technical & operational issues. As a member of the board, Jeanne, will provide impartial input and guidance to the overall vision, strategy and execution that is helping to shape the current and future direction for the IoT Community, as well as the broader IoT industry.