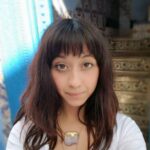 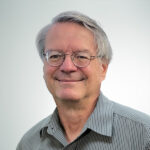 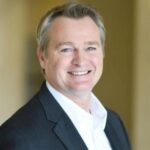 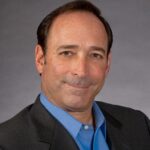 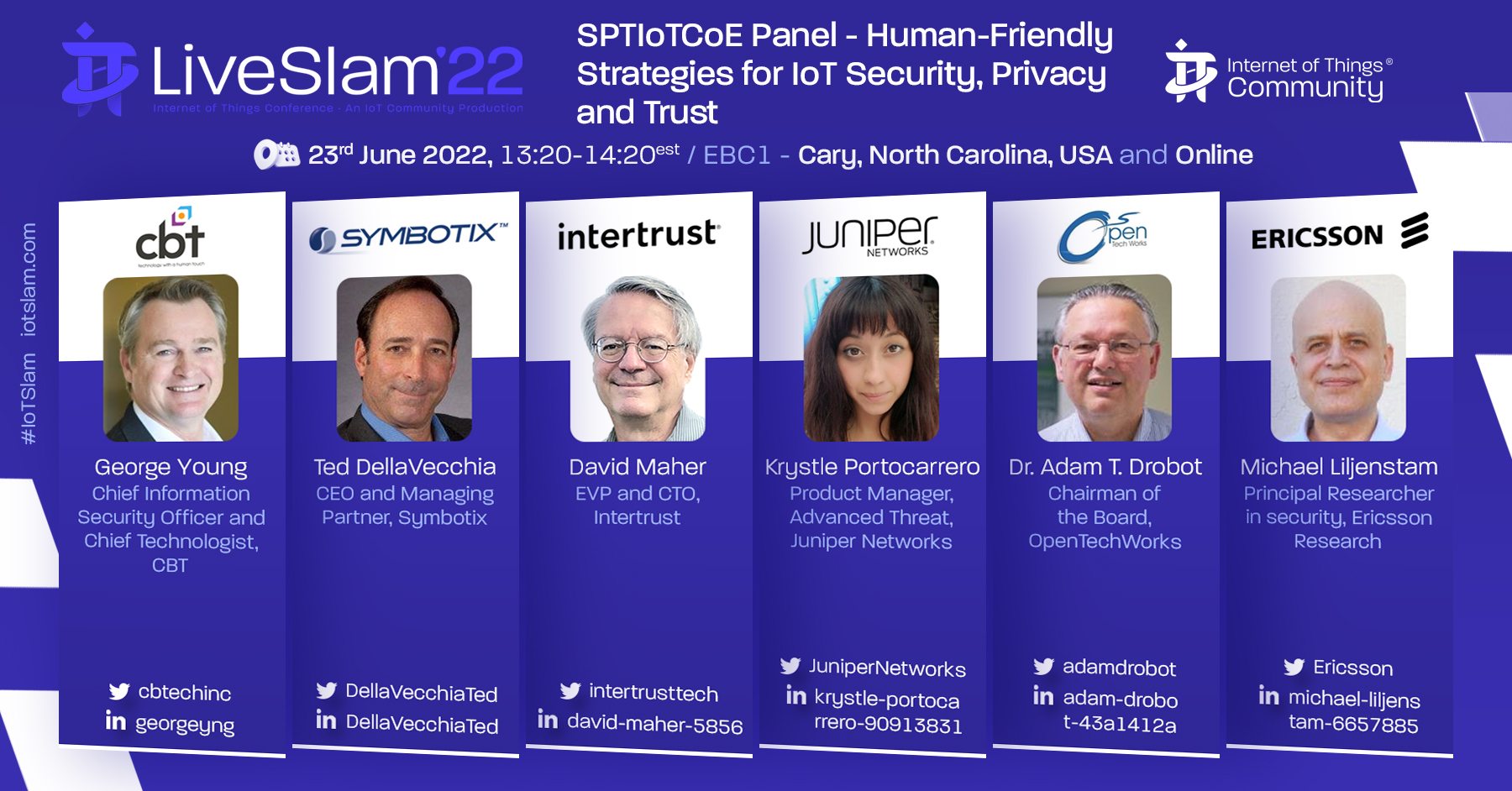 Security, Privacy and Trust for the IoT is much more challenging and consequential than Internet security in general. This is due to IoT hyperconnectivity, scale, variations in device interactions, and potential vulnerability of the cyber-physical systems associated with an IoT deployment. In addition, the valuable data collected and distributed in an IoT system have a number of new vulnerabilities. The Internet security and trust management technologies we’ve used over the past years are not up to the task. But, there are a number of powerful new strategies and technologies for SPT for the IOT. These include:

In order for IoT SPT to scale, “ordinary people,” whether they are consumers or workers, must be able to safely, reliably, and intuitively interact with vast, complex, interconnected systems of IoT devices that use these technologies.

Users should be able to delegate trust and authority with the same level of certainty as when using purely physical, non-connected devices. For both domestic and industrial devices, technologists have a responsibility to provide people with intuitive and simple methods to accurately discern which devices and services can be relied on for their deployments, and what threats they should rationally worry about. This poses the questions:

Optimal approaches will depend on the nature of an IoT deployment, but we will discuss the power and effectiveness of each new technology, how they can work together, and how they can be used to tame complexity.

Ted DellaVecchia is Founder, CEO and Managing Partner of Symbotix, a strategy management and technology consulting group that inspires and leads digitally-enabled business change. He is also General Manager of Global Business Operations for Devvio – a blockchain software enterprise serving global entities with sustainability and Environment-Social-Governance (ESG) solutions that have positive impact on climate change and a healthy planet. Ted is a proven leader who has delivered durable, step level EBITA CAGR in all executive assignments. Examples include delivering global elements of a corporate turnaround at IBM Corporation; implementing world-wide supply-chains and accelerating market/earnings growth for Starbucks Coffee Company; and restructuring IT divisions and enterprise business capabilities for three multi-billion-dollar BlueCross BlueShield Health Insurance Companies. Since 2007, Symbotix has designed and executed comprehensive reinventions of operational capacities at several academic medical centers and large commercial payors in the domestic USA. While CEO of Symbotix, Ted was recruited to be the Chief Healthcare Strategist at Red Hat Software where he designed and co-founded “LinuxForHealth”; a sub-licensed Linux Foundation Community open-source movement. LinuxForHealth is the kernel of a comprehensive health operating system for manifesting a healthier society through deployment of decentralized and autonomous AI agents that advance a modern-day virtual-health experience for all. Ted collaborates with entities dedicated to instigating a healthier society and saving our planet; performs advisory services for early and growth stage companies; and serves as advisory board member of the IoT Community, Ted recently chaired the IEEE Group Track on Blockchain and AI in Healthcare; is an active investor with early stage digital transformation companies; frequently speaks at industry events promoting symbiotic, ethical collaborations to improve environmental, social, and governance for all; and is an evangelist for promotion of decentralized identity to enable trust in the information sharing domain.

George Young serves as both the Chief Information Security Officer and Chief Technologist, for CB Technologies, specializing in Intelligent Edge Solutions. As a domain expert in networking and cybersecurity engineered solutions, he has a strong background in many strategic and tactical areas around data protection and safekeeping, including: access control, information security governance and risk management, cryptography, security architecture and design, operations security, business continuity/disaster recovery planning, developing/enhancing information security programs, regulations/compliance (e.g., HIPPA, CCPA, CMMC, GDPR, ISO 27000), and audit execution. George has supervised emerging technology initiatives at several start-up companies and Fortune 100 enterprises, across multiple industries – where he held senior level advisory and management positions. He presently serves as a Security Technical Ambassador for an OEM, where he develops technical certification coursework and subsequent exams. He holds a Master of Science degree from Northwestern University in Communication Systems and numerous technical certifications associated with Data Security, Privacy and Trust.

Michael Liljenstam is a Principal Researcher in security at Ericsson Research. He joined Ericsson in 2007, having previously worked mainly in academic research at the Institute for Security Technology Studies, Dartmouth College, New Hampshire, USA, and at the University of Illinois, Urbana-Champaign, USA. His current focus areas are mobile infrastructure security, machine learning and security, and confidential computing. Michael has more than 30 publications in areas spanning network security, software security, and large-scale simulation, and is the inventor or co-inventor of more than 20 patents. He holds a Ph.D. in Teleinformatics (Computer Systems) from the Royal Institute of Technology (KTH), Stockholm, Sweden.