Panel – Application of IoT and Cognitive for Business OD 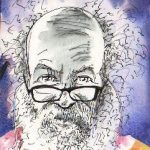 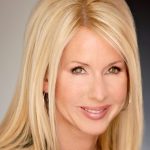 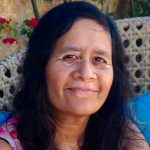 Panel – Application of IoT and Cognitive for Business OD

What are some of the most promising applications of IoT currently, and how will cognitive IoT help realize some of those and create new possibilities for IoT? In this panel, industry experts discuss where IoT is today and how emerging technologies like cognitive computing will create new ways of doing business for all types of companies.

Tamara McCleary is the CEO of Thulium, a brand strategy and social influence agency. Tamara is ranked by Klear in the Top 1% of global Social Media Influencers and is listed as a 2016 Top 15 Social Media Marketing Influencer. Tamara is an IBM Futurist and ranked by LeadTail as the fourth most mentioned and retweeted person on Twitter by Chief Marketing Officers in 2016. Tamara presents keynotes and workshops on the topics of Branding, Social Influence, Women’s Empowerment, Marketing to Millennials and Women, Women’s Leadership, Diversity, Social Economics, Digital Disruption and the Innovation Economy. Tamara is the creator of the trademarked RelationShift® method. She counts as clients amazing brands such as: Verizon, IBM, SYNNEX, Huawai, Kawasaki Motors USA, Appboy, Zuora, Dynamic Signal, The CMO Club, VentureBeat, KPMG, US Department of Defense and the California Medical Association.

Sudha Jamthe is the CEO of IoT Disruptions and the author of “The Internet of Things Business Primer” and “IoT Disruptions 2020”,  focusing on innovations at the junction of IoT and AI. As a technology futurist she writes in Techcrunch, Huffington Post, iotdisruptions.com and ‘The IoT Show’ on YouTube. She has operationalized growth in Consumer Web, Social, Mobile at eBay, PayPal and Harcourt. Sudha loves shaping new technology ecosystems, helping businesses drive Digital Transformation, championing STEM programs and mentoring and developing leaders. She is on the Strategic Advisory Board of Barcelona Technology School. She has an MBA from Boston University.