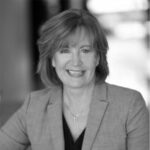 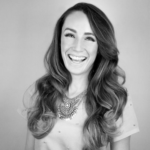 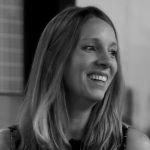 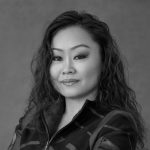 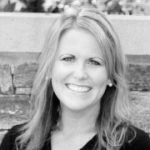 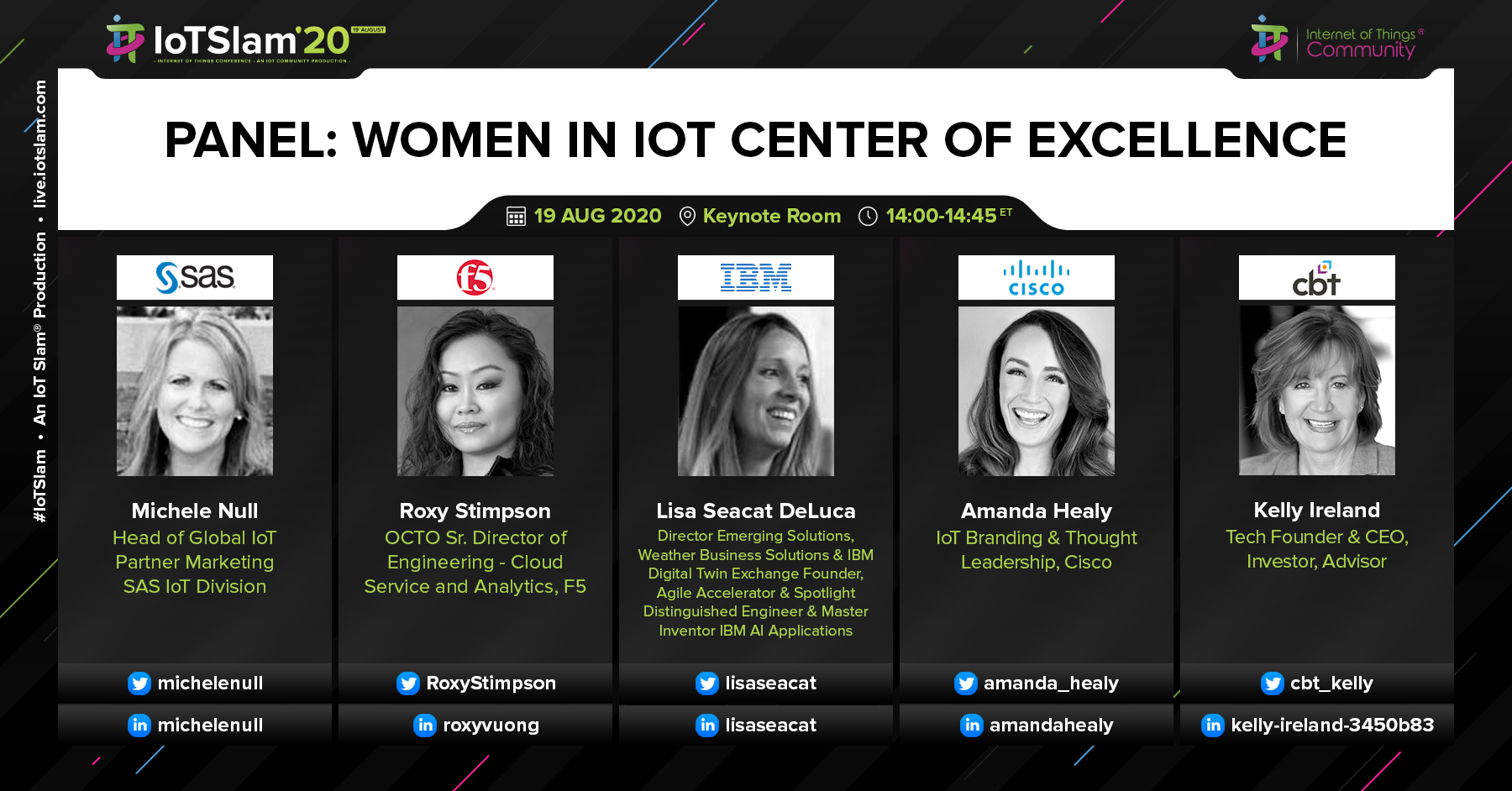 A panel discussion hosted by Amanda Healy, Cisco – and newly appointed Co-Chair of the IoT Community’s Women in IoT Center of Excellence, Michele Null, SAS, who will now serve in the capacity of Vice-Chair, Roxy Stimpson, F5, and Lisa Seacat-Deluca, IBM. Full abstract to follow shortly.

Michele Null, is an evangelist for artificial intelligence and the Internet of Things, promoting the importance of a robust analytics lifecycle to drive valuable outcomes in IoT initiatives across industries. She and her team play an important role in growing SAS relevance and revenue related to IoT. She works closely with customers and partners to understand market requirements and then works in conjunction with product management and R&D to ensure technology and solutions meet key market needs and will help drive business value. She collaborates with partners to support strategic joint go-to-market initiatives in target verticals, for specific use cases. Michele enjoys being an active member of global IoT consortiums including: the IoT Community, serving on the Board of Directors and as the Vice-Chair of the Women in IoT Center of Excellence; the Industrial Internet Consortium (IIC), serving in the Marketing and Ecosystem Workings Groups; and RIoT, as the SAS partnership leader and member of the Founders’ Roundtable. After graduating from the University of Virginia, Michele began her journey in the technology field, which has spanned nearly two decades. Prior to joining SAS in 2014, Michele held various roles during her 10-year tenure at IBM including product management, product marketing and program management.

Roxy Stimpson, is a Senior Director of Engineering in the Office of the CTO, Cloud Services & Analytics for F5 Networks. She is leading the Cloud Services Engineering team to create service offerings in digital transformation, application architecture evolution, and IT-centric business. Prior to F5, Roxy was the CTO of IOT World Labs leading global teams to create, build, and launch an innovative digital data transformation SaaS platform serving various industries including transportation, manufacturing, and supply chain. Roxy is also leading a large non-profit with ~4K members, District 2 Toastmasters, in Western Washington as District Director. Her mission is to inspire and empower individuals to become more effective communicators and leaders. She is an advocate for leveraging technology, lean agile processes, machine and human connections to deliver tangible positive impacts.

Lisa Seacat DeLuca is a Director & Distinguished Engineer, leading the incubation and incorporation of the Digital Twin across IBM’s IoT offering suite and driving the digital transformation of IoT solutions within IBM. Lisa holds a Masters of Science in Technology Commercialization from the University of Texas McCombs School of Business, and a Bachelors of Science in Computer Science from Carnegie Mellon University with minors in Business Administration and Multimedia Productions. This year, Lisa was named Innovator of the Year from Innovation & Tech Magazine. In 2018, LinkedIn named Lisa #1 on their list of Top Voices in Technology and one of their Top 15 Female Voices to Follow. In 2017, Lisa was inducted into the Women in Technology International (WITI) Hall of Fame, was named #2 in LinkedIn’s Top Voices in Technology List, named as a Top Women in Tech IoT Influencer by Onalytica, and received an honorary PhD from Claremont Graduate University. In 2016, Lisa was named one of the Most Influential Women in IoT. She was named one of MIT’s 35 Innovators Under 35 in 2015, as well as, LinkedIn’s NextWave of 10 Enterprise Technologists Under 35, one of Fast Company’s 100 Most Creative People in Business, and IBM’s Working Mother of the Year for Working Mother Magazine. In 2014, she was named one of Network World’s 50 Most Fascinating People in the World of Technology. She is a TED speaker, a self-published author of two children’s books titled “A Robot Story” and “The Internet of Mysterious Things”, and the most prolific female inventor in IBM history and the only one to ever reach the 100th Invention Plateau Award (an IBM internal patent award system). Her innovation portfolio includes over 600 patent applications filed within the United States and abroad, of which, 400 have been granted, to date. The subject of her patent ideas range from areas such as cloud, mobile, IoT, social, security, cognitive, commerce and everything in between. Lisa is an AAAS-Lemelson Inventor Ambassador where she increases visibility to the importance of innovation. Lisa has spoken at numerous tech conferences and written articles to share her technology and innovation passion with others. For recent articles and information about Lisa, visit LisaSeacat.com or follow Lisa on Twitter @LisaSeacat.

Amanda Healy is an award-winning marketing leader, social media expert, and national speaker. As Head of Brand Marketing for Cisco’s Internet of Things (IoT) group, she drives thought leadership, brand awareness, and advocacy for IoT at Cisco. Amanda has trained world-class teams ranging from start-ups to Fortune 500 companies on how to leverage social media, spoken at industry-leading conferences including the Massachusetts Conference for Women, Women in Technology International Summit, Microsoft Envision, Social Tools Summit, Watermark’s Lead On Conference for Women, and more, and regularly conducts workshops for small, medium, and large companies, trade shows, and groups. Get in touch with Amanda on Twitter at @amanda_healy, or send her an email at Amanda.Healy37@gmail.com to bring her in to speak at your organization or event.

Kelly Ireland founded CB Technologies in 2001 as a value-added reseller (VAR) focused on unparalleled client service. However, having a keen eye for technology trends and always taking the time and opportunity to listen to industry experts, she assessed the impending changes in the industry early on. She built up CB Technologies’ engineering expertise, data science practice and partnerships to revolutionize the company’s offerings and make the difficult transition from VAR to systems integrator.
Since that time, the Company has flourished. CB Technologies is now in rarefied air, bridging the gap between operational technologies (OT) and informational technologies (IT) with groundbreaking projects like the Refinery of the Future (RotF) at Texmark Chemicals. Successful initiatives like RotF in Industrial IoT and High Performance Computing have positioned CB Technologies as a key partner to industry-leading companies such as PTC, Deloitte, National Instruments, Antea, RealWear, SparkCognition and more. This has spurred explosive growth for CB Technologies, increasing its revenue YOY by 46% in 2018.
Kelly’s leadership has also led to a myriad of accolades, including the HP PartnerOne Solution Provider of the Year Award for Cloud, nine consecutive Boeing Performance Excellence Awards, two consecutive CRN IoT Innovators awards, and the 2019 Women Presidents’ Organization’s 50 Fastest-Growing Women-Owned/Led Companies. Kelly has also achieved numerous personal awards, including CRN’s 2018 & 2019 Women of the Channel and Power 30 Solution Providers.