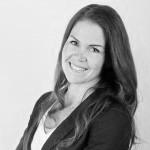 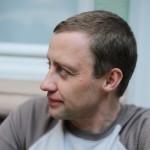 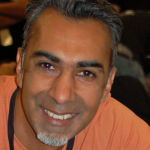 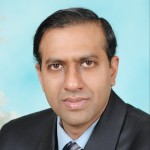 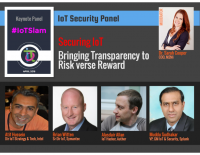 A couple weeks back it was revealed that 53 MILLION Smart Meters to be installed in the UK shared a single decryption key. Think about that for a minute. A critical infrastructure device, the first with active remote energy management in addition to passive monitoring, was designed to let a single successful hacker or bored teenager shut down the entire network. No BBC. No heat. No fish and chips. In short, mayhem.  This should have been an easy IoT security risk analysis and yet reward incentives seem to have derailed common sense security best practices. In this panel we’ll explore the inherent risks and reward structures at the interlocking interfaces of IoT systems from device to infrastructure to industry solutions to tease out where simple guidelines might help better reveal hidden IoT security incentives.

Muddu Sudhakar is currently VP & GM Security & IOT, Splunk (www.splunk.com ). Before that Muddu was CEO of Caspida (www.caspida.com) and Caspida is leader in next-generation Cyber Security & Threat detection. Muddu Sudhakar is a seasoned and successful entrepreneur in the Silicon Valley. Muddu was VP & GM at VMware (www.vmware.com) and Pivotal (www.pivotal.io ) from 2012 to 2014 for Big Data Analytics and Cloud Services. At VMware & Pivotal Muddu had responsibility for wide range of projects Big Data Analytics, Cloud Services, Mobile Security. Muddu was co-founder and CEO of Cetas (www.cetas.net) which was acquired by VMware in 2012. At EMC (www.emc.com) Muddu was Chief Strategy Advisor, VP & GM for Cloud Information Services. Muddu work involved Cloud Infrastructure and Cloud Information Services at EMC. Muddu was CEO & Founder of Kazeon from 2003 to 2010 (www.kazeon.com) which was acquired by EMC(www.emc.com ) and Kazeon was leader in Enterprise Information Management, Information Security, eDiscovery, and Enterprise Search markets. Before Kazeon in 2003, he was Co-founder & President of Sanera Systems, a next-generation SAN technology company. Sanera was started in 1999 and was acquired by McData (Brocade) in 2003. From 1996 to 2000, Sudhakar was lead architect and designer of CPU and server technology at Silicon Graphics, Inc. Sudhakar holds a PhD and MS in Computer Science from University of California, Los Angeles and a BS in Electronics & Communications Engineering from Indian Institute of Technology, Madras. He is widely published in industry journals and conference proceedings and has more than 25 patents in Cyber Security, Big data analytics, Machine learning, Analytics, Data science, Cloud Services, Enterprise Search, Information Management, Distributed systems, Storage/Server technologies, Virtualization, Information security, Networking technology and VLSI chip design.

Brian Witten is Senior Director of Internet of Things (IOT) at Symantec. For more than 20 years, Brian has built security into countless things, including aircraft, spacecraft, industrial control systems, consumer electronics, critical infrastructure and more, which are used in banks, retailers, hospitals and manufacturing companies around the world. At Symantec, Brian’s work has directly contributed to embedding security into over one billion IOT devices. He has built and delivered award-winning technologies used at Symantec and Norton, and worked closely with leading universities, government organizations and industry partners around the world.

Atif Hussein is a high tech veteran with over 20 years experience and executive leadership in product, engineering, strategy and marketing. His primary focus has been in wireless, applications, mobile payments and cloud architecture for both startups and large companies. He has entrepreneurial experience from both, founding and running venture-backed Internet startups, as well as senior management positions such as Nokia and Seven Networks. At Intel, Mr. Hussein is in the Internet of Things Group and is part of the Strategy and Technology Office. His charter is to directly interface with key Mobile Service Providers as well as industry leaders and enterprise customers to define IoT use cases and a comprehensive connectivity strategy, which is key to the Internet of Things. Prior to joining Intel in 2014, Mr. Hussein has successfully designed and launched saleable, secure messaging solutions for the Carriers worldwide. His startup experience has spanned from Carrier grade solutions to disruptive mobile payments partnering with key financial institutions. Mr. Hussein also held senior leadership positions at Nokia, Seven Networks, and successfully raised VC funding for several startups, which he co-founded. In these roles Mr. Hussein led the product strategy and delivered compelling solutions to the market.

Alasdair Allan – IoT Hacker & Author
Dr. Alasdair Allan is a scientist and researcher. Originally an astrophysicist he now works as a consultant and journalist, focusing on open hardware, security, and emerging technologies with expertise in electronics, especially wireless devices, distributed sensor networks, mobile computing, and the “Internet of Things.” In the past he has mesh networked the Moscone Center, caused a U.S. Senate hearing, and contributed to the detection of what was—at the time—the most distant object yet discovered.

Any unauthorized broadcasting, sharing, public performance, copying or re-recording will constitute an infringement of copyright’ and by viewing the materials you agree to the following Copyright licence terms:

For the avoidance of doubt, you must not adapt, edit, change, transform, share, publish, republish, distribute, redistribute, broadcast, rebroadcast or show or play in public any of the material (in any form or media) without IoT Slam’s express prior written permission. If you have any questions, or are unsure about how the above relates to you, please send us a mail to copyright@iotslam.com