My Personal IoT Journey – Pioneering Principles to Products to Profit 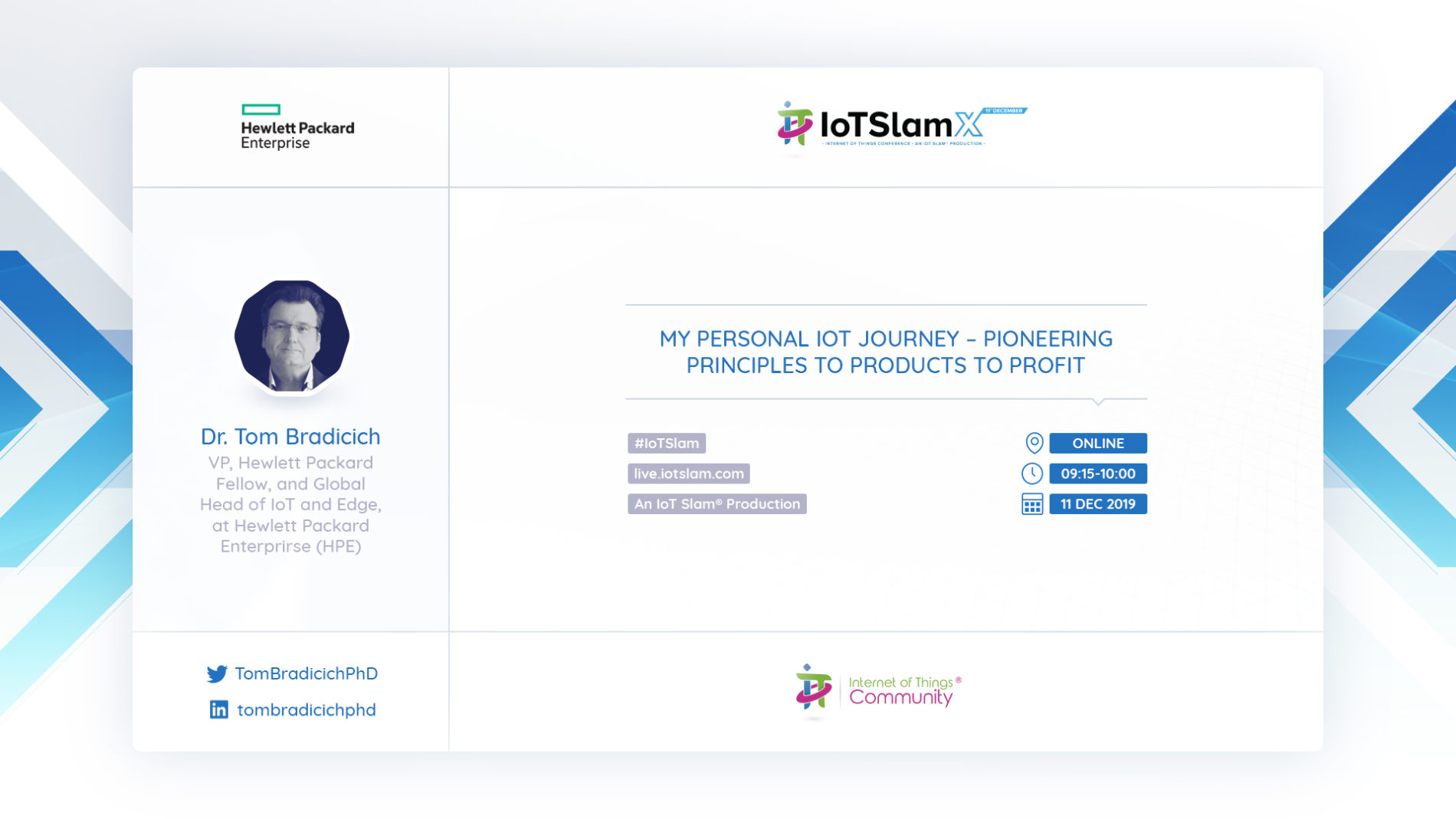 My Personal IoT Journey – Pioneering Principles to Products to Profit

Dr. Tom Bradicich will review his pioneering “7 Principles of the IoT”, and how he used them to incept Hewlett Packard‘s first corporate IoT strategy, secure investment capital, and launch over 12 SW and HW products expressly designed for the IoT and intelligent edge – creating a new product category. He will discuss real world customer deployments, use cases, and business cases, closing with his vision for the IoT future.