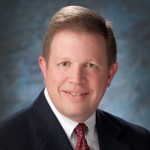 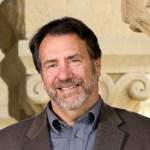 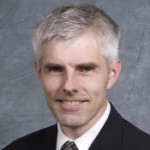 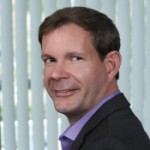 The focus is on creating a road-map for smooth transition, preventing data loss and privacy issues, keeping control of operations and assets, surviving the lack of unified standards and interoperability among providers and addressing the complexities that often arise in the implementation and operational phases of adoption.

This panel aims to address the following areas:
• Who needs or wants to work together? In what ways?
• What is required and desirable to enable the inter-operation or integration of these related applications or systems?
• What commercial and technical frameworks need to be in place? What is the impact going to be on the industry and the end-user consumer or enterprise?

[a] Infrastructure, which is primarily networking, data transport, transient data storage and the foundational services by which to elicit and ‘land’ data must also be used in 21st Century IoT to replace old-school supervisory control and data acquisition (SCADA)

[b] Integration includes not only the infrastructure and foundational services, but must address data integration and then unification/management of datasets over time for the purpose of predictive analysis, search, real-time control, etc.

[c] Interoperability must be considered at the lowest ‘layers’ of data communications, the management/control plane as well as the data plane, and the smooth (and safe/secure) inter-working of systems that are under the distinct and separate management of different organizations.

Rich Miller is CEO of Telematica Inc. and Managing Director of Telematica’s consulting practice in product strategy and business development for cloud computing, web-scale platforms and networked services.  For the bulk of his career, he has focused on messaging technologies, middleware and distributed application platforms, first as a system architect and then as a business strategist and operating executive.  He is a frequent speaker on cloud computing, and participates in a number of industry initiatives dedicated to cloud system interoperability.

Since early 2011, Rich has served as the CEO of StreetLight Data, Inc. (formerly Virtual Vehicle Co.), an emerging data-as-a-service company focusing on the ground transportation ecosystem. From 2007 through 2009, he served as CEO of Replicate Technologies, a provider of network configuration management software that supports virtual machine environments (VMEs).  Prior to Replicate, he co-founded and served as COO of Univa Corporation, which provides high performance (‘grid’) computing and datacenter management systems.  As a venture consultant and product strategist at Telematica, Rapport Communication and Breo Consulting, he has overseen the formation and funding of technology companies that provide security applications, wireless network infrastructure technologies, and service infrastructures for networked services. Miller served as the executive vice president of General Magic’s communication technology business unit and its vice president of business development.  A Silicon Valley veteran, Miller designed and implemented some of the first computer messaging and computer conferencing systems for the ARPAnet and was an active member of the international standards community which established the basis of the modern electronic mail industry.

He has founded or been in the initial team of executives of several technology startups, including InfoMedia Corporation, Rapport Communication, General Magic, Telematica Inc., Breo Consulting and Univa Corporation. Miller has been a lead consultant for both technology and commercial projects that develop new lines of business for AT&T, IBM, Palm Computing, and NeuStar.  He graduated with a B.A. in political science and an M.A. in information science and communication research from Stanford University, where he also undertook doctoral studies in information science.

Clarke Stevens is Principal Architect of Advanced Platforms and Services at CableLabs. Clarke is responsible for the architecture of the Internet of Things, IP video, and video through web browsers as well as other advanced cable services as they cross traditional product boundaries. He also represents CableLabs in various standards development organizations. Clarke is on the board of directors of UPnP Forum and chairs the Technical Committee as well as the Internet of Things Task Force. He has also chaired various task forces related to video and television in the World Wide Web Consortium.

Prior to CableLabs, Clarke worked in engineering, research, product management and strategy involving digital media and communications at MediaOne, SonicBlue and Qwest.  He built the world’s largest subwoofer and has eighteen issued patents (and dozens not yet issued).  In his spare time, he designs and builds home recording studios, theaters and other custom home improvements. He holds MSEE degrees from Brigham Young University and Georgia Tech and an MBA from the University of Colorado.

Jim Hunter is the Chief Scientist and Technology Evangelist of Greenwave Systems.  He is responsible for oversight of technology, architecture and innovation of the AXON Platform. As Technology Evangelist, Jim promotes the Greenwave platform and technology message through industry engagement. Prior to joining Greenwave Systems, Jim led Motorola Mobility’s (a division of Google) architecture and strategy for driving the future of the smart, simple connected home.  During this time, Jim invented several key patents and served on several patent boards mentoring other inventors. In December 2010, Jim joined Motorola Mobility through the acquisition of 4Home, a company he founded and served as CTO and Chief Architect.

Earlier in his career, Jim founded Premise Systems, the first IP-based connected home platform company, which was acquired by Motorola in 2003.  Jim’s specialties include Software Architecture, User Interface Design and Development and Intellectual Property Development. Jim is a passionate inventor and futurist, inventing a number of patents across a broad spectrum including data algorithms, user interaction, contextual data and device management.  Prior to the advent of the connected home, Jim served in the US Navy as a Nuclear Engineer and Nuclear Certified Instructor.

Steven R. Blackwell is the Vice President of Engineering for the Data Center Solutions business of Emerson Network Power. He manages a technology and research team focused on data center infrastructure devices and management technologies. His particular areas of interest include device intelligence, system management and control, and remote presence technologies.

Steve brings over 30 years of engineering and management experience to the Emerson team, having held design and management positions with Motorola, Adtran, and Centillium prior to joining Avocent in 2003. His development experience includes hardware, firmware, software, and DSP design, and he holds 24 US patents in the fields of data communications and video processing. In previous roles, he participated in data communications standards development, serving in leadership positions in the ITU-T and in FSAN during the development of the foundational DSL standards.