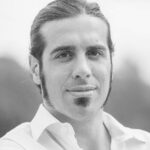 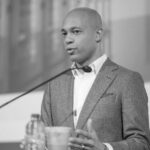 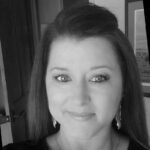 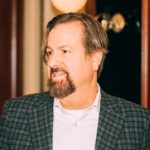 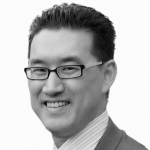 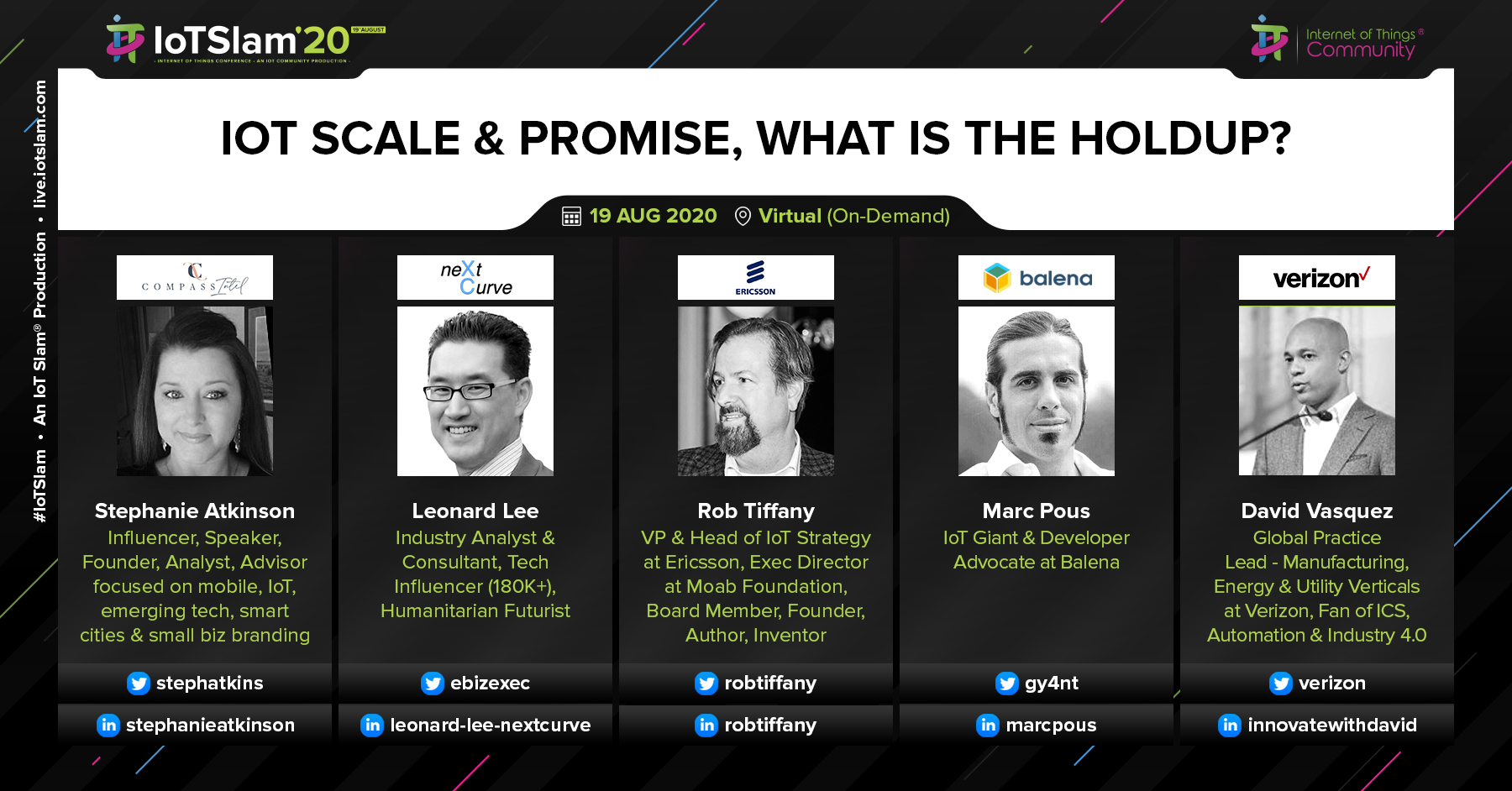 This “SPECIAL” session will be joined by the IoT Coffee Talk group including Stephanie Atkinson, Leonard Lee, Rob Tiffany, Marc Pous, and David Vasquez. The list of experts and IoT enthusiasts will explore what is getting in the way of IoT promise, scale, and adoption across sectors, use cases, and applications. We have all seen the numbers and the inflation, but what are we really looking at in terms of adoption and scale issues and the roadblocks. What progress is being made and what are some of the core recommendations for the industry, ecosystem, and enterprise/government customers as we move forward.

For 20+ years, Stephanie Atkinson, has provided strategic insights, key trends, market intelligence, industry modeling/forecasting, and advisory services for technology companies, enterprise executives, and government leaders across the globe. She is the founder and CEO of Compass Intelligence, a leading tech advisory and market research firm based in Texas. She also recently founded vMarque, a creative and digital agency helping small businesses become virtual. Her knowledge base and expertise are centered around telecom, IT, mobile, emerging technology, and various high-tech topics. She is well known for simplifying complex topics, while educating and engaging executives, leaders, and managers who seek contextual information to help grow business, companies, and strategic initiatives. Mrs. Atkinson was recently recognized as one of the top 100 thought leaders and influencers to follow in 2020 by Thinkers360, and was listed as the #1 top thought leader and influencers in the Internet of Things and mobility. She has also been listed on the Top 100 Wireless Technology Experts by Today’s Wireless World and the 50 Most Influential Women in Internet of Things by IoTi. In May of 2020, she was listed in the top 100 IoT Analysts by the IoT Premier League. She is an author and contributor to CIO.com, hosts webinars as an influencer for IDG Tech, and has been quoted in numerous trade publications including CNN Money, Wall Street Journal, USA Today, Forbes, and CEO Magazine. She is a speaker or moderator at tech events including IoT World, CES, MWC Americas, and others. Mrs. Atkinson serves as an executive/board advisor for Silverwood Partners, nGage Events, and Texas A&M Engineering Technology and Industrial Distribution Department. Prior to launching Compass Intelligence, Ms. Atkinson held positions at Frost & Sullivan, In-Stat/MDR, Texlink Communications, and Alcatel USA. Ms. Atkinson holds a B.S. in Industrial Distribution from the College of Engineering at Texas A&M University and an M.B.A. with a concentration in Management of Technology from the University of Texas at San Antonio. She also volunteers for the McFerrin Center for Entrepreneurship at Texas A&M University and Heritage School in Fredericksburg, TX. She resides in Bandera, Texas, the ‘Cowboy Capital of the World,’ with her husband and 2 sons.

Marc Pous is currently the balena.io Developer Advocate. Former co-founder of the IoT platform thethings.iO startup. He has more than 15 years of experience connecting things to the Internet. Marc is a co-founder of the IoT Coffee Talk and member of the Internet of Things Council. He is also responsible for managing the IoT communities in Barcelona and Munich, organizing meetups and inviting up-and-coming IoT companies to pitch their products. Furthermore, he is responsible for co-organizing the international event IoT Stars during the MWC at Barcelona. He creates IoT products as a hobby, from a connected sofa for a music festival, ATMs for a research project, beer mugs in Munich’s Oktoberfest to Christmas lights that light up when you tweet. His advocacy efforts for the Internet of Things and his stature (6’ 9” ft) has earned him the nickname IoT Giant. You can follow and ping him at his Twitter account @gy4nt. Marc also co-founded the travel blog (in Spanish) 3viajes.com in 2008, which currently has more than 1 million visitors per year. He is a speaker at international conferences such as Internet of Things World Event 2014 in Palo Alto, WWW2009, MobileTech Conference 2014 in Munich, API Strategy Conf Amsterdam 2014, Maker Faire Rome 2013, RE-WORK Cities London 2013, NoSQL Barcelona 2012 and more. Awarded at the Wayra Barcelona 2014 as best startup, Wip Jam MWC 2013 FirefoxOS hackathon, LeWeb London 2013 and at the Mozilla Jetpack for Learning Design Challenge 2010. Marc was a computer engineer for the UPC (Universitat Politècnica de Catalunya) in 2006. His specialties include Internet of Things; IoT; LPWAN; Smart City and urban computing; the Web; fast-prototyping; real-time technologies; human-computer interaction and user experience; personable, assistive technologies; and application of artificial intelligence in the society.

David Vasquez is a Global Practice Lead in Verizon’s marketing organization. He’s tasked with delivering the brand’s marketing message into the Manufacturing, Energy & Utility verticals, as well as the vertical strategy into the product organization. Prior to his current position, David held the Director of IoT Market Development role for ~3 years in Amsterdam, The Netherlands (looking after EMEA) and for ~1.5 years in Cambridge, MA (looking after LATAM) with both posts focused on IoT and IIoT across verticals. He also spent ~7 years supporting energy & utility companies implement M2M/IoT solutions.
Before his time at Verizon, David held jobs at his family’s metal shop, fabricating, assembling and installing rolling steel doors for commercial installations and later, at an industrial park installing commercial washing machines to stone-wash denim. All fingers and toes have been accounted for. David celebrated his 19th anniversary at Verizon this past March and lives in Portland, OR. with his wife, two daughters and zero pets. He’s a lifelong baseball fan who also runs, skis, hikes, cycles and loves a good beer. When in Boston he volunteers at The Elizabeth Peabody house (food pantry) and when home, at the Oregon Food Bank. You can follow him on LinkedIn or listen to him on the IoT Coffee Podcast where he’s a regular contributor.

Rob Tiffany is Vice President and Head of IoT Strategy at Ericsson where he drives strategy and execution at the intersection of 5G, Edge computing and the Internet of Things. He joined Ericsson in 2018 from Enterprise IoT, where was he was Founder and CEO. There he created an Edge computing system powered by Digital Twins that targeted enterprises and industrials. As CTO and Global Product Manager at Hitachi, he received the Presidential “Product of the Year” award for designing the Lumada Industrial IoT platform that landed in Gartner’s “Visionary Quadrant.” Spending most of his career at Microsoft, Rob was the Global Technology Lead for IoT where he incubated the Azure IoT cloud platform and co-authored its reference architecture. Prior to Microsoft, Rob was the Co-Founder of NetPerceptor where he developed one of the industry’s earliest Mobile Device Management (MDM/EMM) platforms for smartphones. A bestselling author and frequent keynote speaker, Rob serves on the boards of SmartCitiesWorld, the Washington State IoT Council & Kapios Health. He’s the Executive Director of the Moab Foundation focused on global sustainability and is routinely ranked as one of the top IoT experts and influencers in the world by Inc Magazine, Onalytica and others.

Leonard Lee is the managing director and founder of neXt Curve. With over 25 years as a management consultant and industry analyst, Mr. Lee is a former managing partner with Gartner Inc. and associate partner with IBM and PwC who has advised and delivered emerging technology and business solutions to leading enterprises across a broad range of industries including entertainment & media, telecommunications, financial services, energy, pharmaceutical, and consumer and commercial high-tech. Leonard has extensive experience helping Global 500 companies drive business innovation and value through digital technologies, and has helped top technology vendors with their go-to-market strategies for their digital products and services. His specialties include IT & business strategy and governance, digital business innovation, market strategy & analytics, emerging technology and ICT industry research, business transformation & change management, program management, enterprise architecture and M&A/divestitures. Leonard is an executive fellow with the Drucker School of Management’s Center for the Future of Organization and is also an influencer on LinkedIn with over 180,000 followers and a network of over 8,000 Global 500 executives.