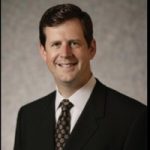 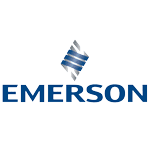 Steve Hassell is the former president of Emerson Network Power’s Data Center Solutions business in North America, where he is responsible for combining the Liebert North America and Avocent organizations into a single organization focused on delivering integrated solutions across facilities and IT in the data center.

Prior to Invensys, Steve was at Northrop Grumman-Newport News where he rose through several positions in strategic planning and operations, ultimately becoming both vice president and chief information officer, and president and CEO of Naptheon, a wholly owned information technology subsidiary of Newport News. Additionally, Steve spent seven years as a surface line officer in the United States Navy.

Steve holds a bachelor’s degree in computer science from the United States Naval Academy and a master’s degree from Northwestern University’s Kellogg School of Management.

The function of the IoT Community, is to focus on the adoption & application of IoT in commercial environments, seeking to understand & contribute to applying the technology or overcoming the wide variety of barriers, inhibitors, and technical & operational issues. As a member of the board, Steve will provide impartial input and guidance to the overall vision, strategy and execution that is helping to shape the current and future direction for the IoT Community, as well as the broader IoT industry.

All session by Steve Hassell