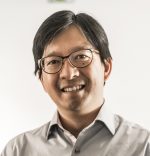 Prior to Inventhys, Richard founded a mobile app startup. The time management system was featured on major app stores, including Google Play, Apple’s App Store, and Xiaomi’s store in China, and was awarded by Samsung.

Richard held several leadership positions at technology companies in France and Silicon Valley that focused on bringing technology products from concept to mass, consumer grade production, including at HP, Palm, and Handspring.

All session by Richard Phan