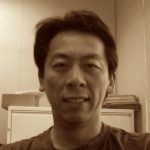 Peter Wong is the CEO of Riot Micro, joining the company in July 2014.  Peter has been a stalwart in the Canadian high-technology industry for over three decades.  Prior to joining Riot, Peter was the Vice-President of Strategic Customers and Alliances at LSI Corporation, the market leader in storage and networking semiconductors.  LSI was acquired in in June 2014 by Avago Technlogoies for $6.6B.  Prior to his success at LSI, Peter was at PMC-Sierra for over 12 years where he held many positions including director of marketing and director of OEM sales; however, he is best known for starting the storage business at PMC and driving it from zero to over $300M in annual revenues and over 75% of the company’s revenue.  In addition his experience at LSI and PMC, Peter created and led HP’s Digital Video Test business unit in Vancouver for over 5 years and prior to that was a signal processing engineer at MPR Teltech.  Peter holds a Bachelor of Applied Science from Simon Fraser University.

All session by Peter Wong