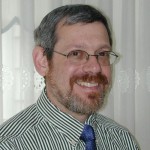 Paul Bloom was the CTO for Telecom Research and is responsible  for applying the latest IBM technologies and research from its nine laboratories to emerging telecom solutions.

A 42-year telecom / IT industry veteran, Bloom led the research strategy for Mobility . Bloom was a member of the IBM telecom executive team, which is responsible for IBM’s solutions and sales in the telecom market. He was also responsible  for identifying Telco applications for the Watson deep Q&A technology. He is also a contributor  and spokesperson for  IBM’s  Five  New Technologies  in Five years.

Prior to joining IBM in 1997, Bloom worked for Bell Labs, AT&T, and Bellcore. His expertise includes networking and network applications, and he is known as the father of the advanced intelligent network (AIN). At Bell Laboratories, Bloom was involved in the design of the CCIS, the AT&T intelligent network and network services, including the 800 service, calling card services and software-defined networks. At Bellcore, he was an executive director of the next-generation service platform division, where he led the RBOC’s transition of the 800 Service from AT&T.