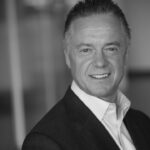 Nick Earle is a visionary business leader with a distinguished career in technology spanning more than 30 years, oscillating between start-ups and global IT, tech and transportation companies. Nick currently spearheads Eseye as Chairman and CEO. Joining the organisation in 2018, Nick was inspired by Eseye’s potential to become a leading tech disruptor. His team at Eseye empower businesses to embrace IoT without limits with Eseye’s innovative IoT connectivity solutions. As CEO of Eseye, Nick plans to use his Silicon Valley experience to transform the Guildford-based company into a world leader in IoT. The unique technology that Eseye has created enables companies to digitize their entire product range and business processes quickly, globally and at scale. Nick believes that doing this is essential to the future survival of all corporations. Before Eseye, Nick has enjoyed a distinct career at many highly successful start-ups including Virgin Hyperloop One, Ariba, and Stream Serve, as well as blue-chip companies. Nick served Cisco as global SVP Cloud & Managed Services Sales, and HP’s Enterprise Business as SVP Global Marketing, leading the cross-company transformation programs for both $50B global corporations. At Virgin Hyperloop One, Nick led the Global Field Operations function, being responsible for all customer and partner activities around the world, while running the company’s sales, consulting and business development organizations. His legacy was securing the deal for the world’s first Hyperloop in 2017 – improving the lives of millions of commuters in Mumbai. Prior to this, Nick was responsible for the Cisco Systems’ global cloud go-to-market strategy and led Cisco’s Services worldwide field organization, growing the business to over $10B US in revenue. He was tasked by the CEO to lead the company’s efforts to transition from a hardware-centric company to a cloud, software and services-led business. Nick is an authority on emerging and disruptive business models and with a track record for boldly predicting change and so often getting it right. He has co-authored two books; Mesh Collaboration: Creating New Business Value in the Network of Everything (2008) and From Dot.com to Dot.profit (2000). He was voted #2 in Computer Reseller News list of the 25 most ‘Disruptive Channel Executives in IT globally’ and was recognized as one of the top four Global Cloud Executives who ‘have shaped cloud’s present and will likely have a major impact on its future’ by CIODive. Nick holds a first-class honors degree and an Honorary Doctorate in Computing from Liverpool University, and is an Associate fellow of the University of Bradford MBA program.

All session by Nick Earle