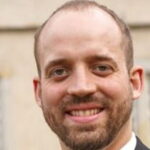 Mirko Graebel joined Cisco in 2008 and went through the Cisco Sales Associates Program (CSAP). Afterwards he joined the Customer Proof of Concept (CPOC) lab in London where he build Enterprise and Service Provider Networks with a focus on Routing & Switching and Compute. During his time in CPOC he also got his CCIE in Routing and Switching. After 4 years in CPOC he joined the Enterprise Routing Business Unit in San Jose as Technical Marketing Engineer (TME). He first became the lead TME for the ISR800 series and later on worked more on the ISR4k and the UCS E-Series compute modules. In 2018 Mirko joined the Internet of Things (IoT) Software Team as TME Manager, running various different industrial product lines including Routing, Network Management, Security and Edge Compute.

All session by Mirko Graebel