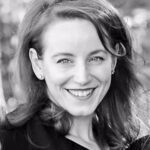 Heather Cartwright – GM, Healthcare NExT: Artificial Intelligence & Research; Microsoft Healthcare. Heather Jordan Cartwright is the rising leader behind Microsoft’s rapidly growing portfolio of FHIR technology for the health industry. With a successful track record of creating and scaling disruptive technologies, Cartwright joined Microsoft in 2015 to lead incubation teams focused on new experiences in healthcare technology. She has since been the driving force behind the transformation of Azure cloud technology for the health industry, launching the industry’s first cloud based FHIR service into general availability. In 2019, Heather was recognized as one of the 50 Most Powerful Women in Healthcare IT. She currently serves as Partner and General Manager for Health in Microsoft’s Artificial Intelligence and Research division. Prior to Microsoft, she spent 10 years at Amazon, where she launched the Amazon Fresh business, developed and launched the Automotive & Motorcycle store and the Amazon Part Finder, and led the Consumer Electronics business. She began her career at Ford Motor Company, spearheading multiple projects including early development on the Ford Fusion which went on to become the 2010 Motor Trend Car of the Year.

All session by Heather Cartwright