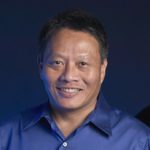 Francois Le is the Founder and CEO of iotaBEAM, an IoT security solution provider. Prior to that, he was a senior executive for a number of Silicon Valley wireless and networking start-ups including AOptix Technologies, Tropos Networks (acquired by ABB), Aperto Networks (acquired by Tranzeo) and OnStream Networks (acquired by 3Com, now HPE). Between 2007 and 2012, he was SVP Global Sales and Corporate Officer at Network Equipment Technologies (N.E.T.), a NSYE publicly listed company and early leader in Unified Communications (UC), which was acquired by Sonus in 2012. Francois holds an MBA from Stanford University and an MS in Engineering from INSA-Lyon in France

All session by Francois Le