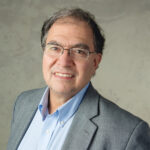 Dr. Kirk Borne is a Data Scientist, providing thought leadership, global speaking, content creation, mentoring, training, and consulting activities in data science, machine learning, and AI across multiple disciplines. In April 2021, Kirk joined start-up DataPrime as the Chief Science Officer where he will apply his extensive experience and knowledge of the trends in these critical fields to developing data-intensive professions and mentor Data Scientists of all experience levels. Previously, he was the Principal Data Scientist, Data Science Fellow, and an Executive Advisor at global technology and consulting firm Booz Allen Hamilton from 2015 to 2021. Before that, he was Professor of Astrophysics and Computational Science at George Mason for 12 years in the graduate and undergraduate data science programs. Prior to that, he spent nearly 20 years supporting data systems activities for NASA space science programs, including a role as NASA’s Data Archive Project Scientist for the Hubble Space Telescope and 10 years as contract Manager in NASA’s Space Science Data Operations Office. Dr. Borne has degrees in physics (B.S., LSU) and astronomy (Ph.D., Caltech). He is an elected Fellow of the International Astrostatistics Association for his contributions to big data research in astronomy. In 2020, he was elected a Fellow of the American Astronomical Society for lifelong contributions to the field of astronomy. As a global speaker, he has given hundreds of invited talks worldwide, including keynote presentations at dozens of data science, AI and analytics conferences. He is an active contributor on social media, where he promotes data literacy for all and has been named consistently among the top worldwide social influencers in IoT, data analytics, data science, machine learning, and AI since 2013.

The function of the IoT Community, is to focus on the adoption & application of IoT in commercial environments, seeking to understand & contribute to applying the technology or overcoming the wide variety of barriers, inhibitors, and technical & operational issues. As a member of the board, Ben will provide impartial input and guidance to the overall vision, strategy and execution that is helping to shape the current and future direction for the IoT Community, as well as the broader IoT industry.