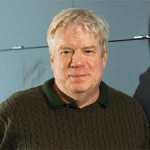 Donald Ferguson is a Senior Technical Fellow and Chief SW Architect at Ansys, Inc. Ferguson focuses on product integration, additional of new capabilities and strategic initiatives. The initiatives include cloud platform, and solutions for IoT, autonomous/assisted driving, electrification, and 5G. Ferguson received a PhD in Computer Science from Columbia University in 1989. He spent 20 years in IBM research and development, becoming an IBM Fellow in 2001. He has also served as a Microsoft Technical Fellow, CTO and Executive Vice President at CA Technologies, and Senior Fellow and CTO for Dell Software Group. Ferguson received the 2013 Thomas Egleston Medal for Distinguished Engineering Achievement from the Columbia University Alumni Association in recognition of his role as a “thought-leader in cloud computing; father of IBM’s Web Sphere business, and leader of software design across the country. Ferguson was an adjunct professor at Columbia University from 2010 to 2018, and a Professor of Practice in 2018. He resumed adjunct status in 2019.