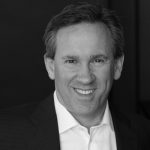 Dan Harris is the founding member of Harris Moure, an international law firm that focuses on representing American and European companies overseas from its offices in Seattle, Portland, San Francisco, Barcelona and Beijing. Dan writes and speaks extensively on international law, with a focus on protecting foreign businesses in their overseas operations. He is also a prolific and widely-followed blogger, writing as the co-author of the award-winning China Law Blog (www.chinalawblog.com).  Dan has been interviewed on international law issues by Fortune Magazine, The Wall Street Journal, Fox News, CBC, BBC World, Forbes Magazine, and CNN, among others.  A number of his articles on international law have been published in leading publications, such as the Wall Street Journal, Bloomberg Law Reports, Forbes Magazine, and the National Law Journal. Dan received his B.A. from Grinnell College and his J.D. magna cum laude from Indiana University School of Law.

All session by Dan Harris