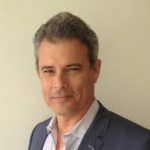 Christopher has been involved in Silicon Valley for over two decades. He has worked with startups, Fortune 500 technology companies, and marketing agencies. His teams have launched innovative new products in data mining, virtual reality, and gaming In addition, he has covered the tech industry and more for publications such as TWICE, The San Francisco Examiner, San Francisco Magazine, The Huffington Post, The Atlantic, and The New York Times Sunday Magazine. Christopher was the founding editor for AWARE Magazine, a publication dedicated to the world of philanthropy, working with writers from around the country, and building the local magazine into a national presence.

All session by Christopher Caen