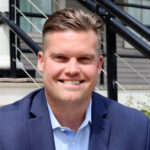 Brian Hamilton, is a recognized pioneer and leader in market acceptance and in the deployment of Internet of Things, augmented and virtual reality (AR and VR), and wearable computing technologies in healthcare, education, automotive, consumer packaged goods, oil and gas, power and utilities, transportation and logistics, IT and telecom, industrial manufacturing and entertainment verticals.
Brian most recently was co-founder and Chief Business / Revenue Officer for RealWear Inc., which developed the HMT-1®, a ruggedized head-mounted wearable Android tablet for industry. While in this leadership role, Brian established a global sales force, ISV partner and channel reseller network and successfully drove product adoption in over 57 countries growing RealWear from concept stage to the world leader in market share in industrial wearables. While in this role at RealWear the organization grew from four to over 130 employees, established two domestic and five international offices and raised more than $100 million in capital.
Previously Brian served as Vice President of Sales and Business Development at DAQRI which raised over $140 million in capital from venture and family offices and which pioneered the commercialization of Augmented Reality. Brian has also been involved in pioneering VR technology in the field of sports simulation and was a co-founder of a micro-transaction platform connecting commerce and celebrities which was privately sold in 2011.
Brian began his career with Siemens Medical and comes from a family dedicated to medicine. One of his first jobs in high school was pushing a cart at The Johns Hopkins Hospital in Baltimore, Maryland, in Surgical Pathology.
Brian graduated from The University of Rochester with a BA in Economics and Anthropology and holds a Business Certificate of Management from The Simon School of Business. He also holds an MBA and MS in Information Science from Penn State University. Brian is married with three children and is involved in a variety of philanthropic initiatives.

All session by Brian Hamilton