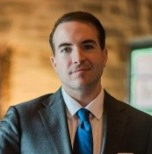 Brad is a seasoned finance, treasury and capital markets professional with a passion for innovative technology and digital transformation. He has a strong entrepreneurial spirit and after launching his first start-up in 2004, his professional career commenced at Deloitte in 2007. After the 2008 financial crisis, he achieved his Chartered Accountant designation and was offered a transfer to Deloitte’s financial advisory group in Cayman Islands, the capital of hedge funds. The crisis revealed unprecedented level of fraud and insolvency committed onshore by investment managers, tasking firms like Deloitte with challenging asset recovery, restructuring, and forensic litigation engagements to recover assets for investors. Engagements included Madoff and Level Global and Bras was also instrumental in creating proprietary data analytic software, developing a custom fund management system

In 2013, he moved back to Toronto to join Brookfield Asset Management, the world’s largest real asset manager and spent 5 years splitting time as Brookfield’s global finance transformation initiatives while also overseeing global capital markets and treasury, which included $400B of debt, 400 lending relationships, and over $1T in annual derivatives trading for financial risk management – the largest non-financial institution FX trader on Wall Street. He was the youngest officer of the company and a trusted fiduciary of over $250B of assets. In 2017, he was named Director of Brookfield’s private equity pubco (BBU), where he was instrumental in executing 13 acquisitions in 10 months totaling $21B in 6 countries.

In 2018, Brad left Brookfield to pursue his passion for technology and launched DLT Advisory, a consulting firm focusing on fintech and distributed ledger technology start-ups. In June 2018, an advisory relationship formed and Brad joined EDJX full-time in summer 2019.

He is considered a though leader in finance, technology and distributed ledgers. He has recently taughtCrypto Economics at York’s Engineering School, sitting on panels with central bank researchers, publishing in academic journals and speaking at various conferences, including Edge Computing World in Dec. 2019 and IT Tech Expo in Feb. 2020.