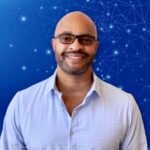 After a decade in enterprise sales with Fortune 500 companies such as Xerox, Parametric Technology and EMC, Ben left the corporate world to become an entrepreneur in Silicon Valley, following his passion for sports and technology. Ben co-founded Pixiem in 2003, which was among the first of its kind as a developer and publisher of mobile video games. In 2005, Pixiem was acquired by WinWin Gaming. Ben co-founded Phizzle in 2006 and has led the company through major innovations and technology adaptations from consumer data to IoT machine data while raising $20 million in VC funding. He is on the IoT Community board of advisors and serves on the IoT Community’s Converged Edge Center of Excellence. Ben is a board member at Elon University, School of Communications; member of the Alliance of Chief Executives; and advisory board member of Evidenced Based Associates. Formerly a professional basketball player in Europe, he currently resides in San Francisco. Ben is a graduate of Walsh University with a BA in Business.

The function of the IoT Community, is to focus on the adoption & application of IoT in commercial environments, seeking to understand & contribute to applying the technology or overcoming the wide variety of barriers, inhibitors, and technical & operational issues. As a member of the board, Ben will provide impartial input and guidance to the overall vision, strategy and execution that is helping to shape the current and future direction for the IoT Community, as well as the broader IoT industry.

All session by Ben Davis

One Molecule at a Time: How AI, IoT, and Scientific Data will fuel Drug Discovery