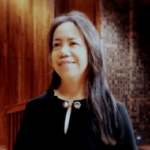 Anne Y. Lee is a Bell Labs Fellow currently working on the Bell Labs CTO Technology Strategy and Architecture supporting the CTO and CEO by analyzing the evolution of key technologies (e.g. artificial intelligence) and the overall network architecture to identify new directions for the industry and the impact and requirements on the company’s portfolio. Prior to this, Anne was the CTO of IMS Innovations.  In this role, she initiated and drove next-generation IP communications solutions such as WebRTC as well as worked on creating the vision and initiating the work for future IP communications.  She has also previously worked in both the Wireless CTO and Wireline CTO organizations.

Anne has over 30 years of experience at Nokia (AT&T, Lucent Technologies, Alcatel-Lucent, and Nokia) with more than 17 years in Wireless research and development.  Anne is the original IMS technical team leader for Lucent Technologies working closely with the standards team from the beginning – circa 1999 –  to pioneer the multi-access, globally interoperable IP communications system being deployed worldwide in the industry today.  This year is the 20thanniversary of IMS with over a billion devices deployed.

Anne is the recipient of the 2014 WebRTC Pioneer Award, the 2010 Alcatel-Lucent Asian American Award for “Innovation and Technical Excellence”, and the 2005 Lucent Chairman’s Award for “Creating IMS Leadership”.  She is also a finalist for the 2015 Bell Labs President’s Award as part of the IMS Cloud Orchestration team.  She has been Guest Editor for the Bell Labs Technical Journal and IEEE Communications Magazine.  She has over 10 granted patents and multiple publications.  She is also the co-author of the “Future of Communications” chapter in the 2015 Bell Labs book, The Future X Network:  A Bell Labs Perspective.

Ms. Lee has a Bachelor’s degree in Electrical Engineering and a Master’s degree in Computer Science from the Illinois Institute of Technology in Chicago.

All session by Anne Lee