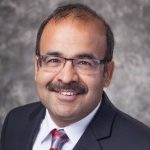 Former Head of Architecture/Engineering of Worldwide Corporate Network at Google, Ajay is a technologist, business futurist, & prolific inventor with about 90 patents pending/issued specializing in artificial intelligence, Wi-Fi networking, Quantum computing, and Real Time Location.  He is author of “RTLS for Dummies”, “Augmented Reality for Dummies” & “Artificial Intelligence for Wireless Networking”.

Ajay Malik is currently CTO & Head of Engineering of Lunera and responsible for creating the vision for the company; lead the technology development to realize this vision and evangelize the technical approach. Ajay joined Lunera from Google, where he was head of architecture and engineering for the worldwide corporate network. Prior to Google, Ajay was senior vice president of engineering and products at Meru Networks where he led the transformation of the company’s technology resulting in its acquisition by Fortinet. Ajay has also held executive leadership positions at Hewlett-Packard, Cisco, and Motorola. He completed B.E in Computer Science & Technology from IIT, Roorkee, India, one of the premier institutes of India.

All session by Ajay Malik

Wi-Fi as technology of choice for IOT

AI is the key to unlock IoT potential