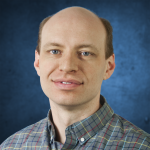 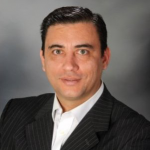 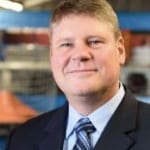 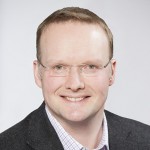 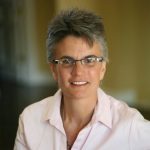 What is Cellular technologies role in IoT today and will 5G become the backbone which powers the future Internet of Things? In this panel, industry experts discuss where Cellular IoT is today and how emerging technologies like licenced LPWA and 5G can accelerate IoT’s growth and potential.

Topic areas to be explored:

Stephen Douglas works for Spirents strategy organization helping to define technical direction, new innovative solutions and market leading disruptive technologies which make a real difference. With close to 20 years’ experience in telecommunications Stephen has been at the cutting edge of next generation technologies and has worked across the industry with multiple Service Providers, Start-Ups and tier 1 OEM’s helping them drive innovation and transformation. Stephen is an ardent believer in connected technology and strives to challenge, blur and break down the silos which prevent innovation and business success.

Mac Devine has 27 years of experience with networking and virtualization. The first 7 of those years were spent in mainframe software development where he served as chief programmer for several VTAM releases. Mac then moved to mainframe software design where he served as chief designer for several Communications Server releases and lead the design work for Sysplex and SNA over IP networking (aka Enterprise Extender). In 2000, Mac went on temporary assignment for 2 years to assist the new networking alliance teams (IBM/Cisco, IBM/Nortel) in the role of lead solutions architect. Upon conclusion of this temporary assignment, he started the Linux Networking Solutions team within Enterprise Platform Software and served as it’s product director and chief architect. In 2005, Mac started the Enterprise Platform Software Architecture Board and served as it chairman. The ESAB is the System z focus area for the SWGAB and is responsible for the architecture, design and strategy of solutions using IBM middleware on System z. In 2007, Mac started the zCloud Innovation team and served as its chief architect. The zCloud Innovation team provided the architecture, design and development for several in-market experiments leveraging System z as a premier cloud platform. Mac’s innovative zCloud architecture and design resulted in him being named an IBM Master Inventor. In 2008, Mac was appointed as an IBM Distinguished Engineer and became the WebSphere CTO for Cloud Computing. Mac’s innovations in this role resulted in him being appointed as a member of IBM’s prestigious Academy of Technology in July 2009. In 2009, Mac went on temporary assignment for 2 years with the IBM Corporate Strategy team where he served as the CTO for Cloud Partnerships and Client Innovations. During this time, Mac co-authored the Springer’s Handbook of Cloud Computing which is used by many Colleges and Universities. Upon conclusion of this temporary assignment, Mac joined the IBM Global Technology Services team and served as its Director and CTO for the Cloud Portfolio. In this role, Mac lead the technical due diligence for the SoftLayer acquisition and the creation of IBM’s new Cloud Services Division. In 2014, Mac was the Vice President and CTO for the Emerging Technology and Advanced Innovation team within the IBM Cloud Division. The innovations by this team not only lead to new Cloud and IoT services but also the acquisition of the Weather Company, uStream and ClearLeap. In 2016, Mac was appointed as IBM Fellow, IBM’s highest technical honor. Mac currently serves as the Vice President and CTO of Strategic Customer Success for the Watson Cloud Division.

Tamara Dull is the Director of Emerging Technologies for SAS Best Practices, a thought leadership team at SAS Institute. Through key industry engagements, provocative articles, and straightforward publications, she delivers a pragmatic perspective on big data, the Internet of Things, open source, privacy, and cybersecurity. Tamara began her high-tech journey long before the internet was born, and has held both technical and management positions for multiple technology vendors and consultancies, including a non-profit. Her latest publication is called “A Non-Geek’s A-to-Z Guide to the Internet of Things.” She is listed in the IoT Institute’s “50 Most Influential Women in IoT,” as well as the “Big Data 2016: Top 100 Influencers and Brands” and “Top 100 Big Data Experts to Follow in 2016” lists.

Keith Gislason is Director of Partner Enablement and Customer Care for Software at Vertiv. In this role, Keith is responsible for working across the company to ensure that our partners are enabled to be successful selling our products and our most critical customers are successfully meeting their software goals. He is working to ensure that partners and customers are set up to successfully employ the software solutions that wrap all Vertiv products in a seamless customer experience. Previously, Keith has held various roles where he was responsible for product and general management for data center software. Keith has 15 years of software and data center experience including leading the IT reorganization and construction of the award winning data centers for Emerson.

Kim – Bybjerg is an Executive Director for IoT at Teleena a global IoT and MVNO enabler. Kim has been Director Business Development in Europe, Middle-East and Africa for Jasper (now Cisco-Jasper), a large provider of IoT SaaS services to telecom operators. Before that he was Managing Director at JHB Group, consisting of mobile payment enabler Liquix and smart-metering company Xemex. Kim has been developing the M2M activities at Vodafone as Director M2M Northern Europe. As Managing Director M2M, Kim set up M2M business at KPN and launched and developed the partnership between KPN and Jasper. Prior to this he held various management positions in Orange, Siemens, IBM and AT&T.

is a Senior Program Manager – Intelligent Asset Tracking Business Unit at Flex. In this assignment, Armando supports the genesis of a new BU focused in the tracking technology market.  He is now pursuing ambitious goals to disrupt this market, supporting development activities, product design, strategic partnerships, and program management functions. Previously, Armando had held several roles within tracking industry like RFID, leading the team that built the first RFID SaaS platform EPCIS compliant. He has 17 years of experience with the RF technology, from RADAR, RFID to cellular. Armando is innovative, entrepreneurial head engineer with extensive experience in the IoT space.