Pain Points in Adopting Industry 4.0 and How to Resolve Them 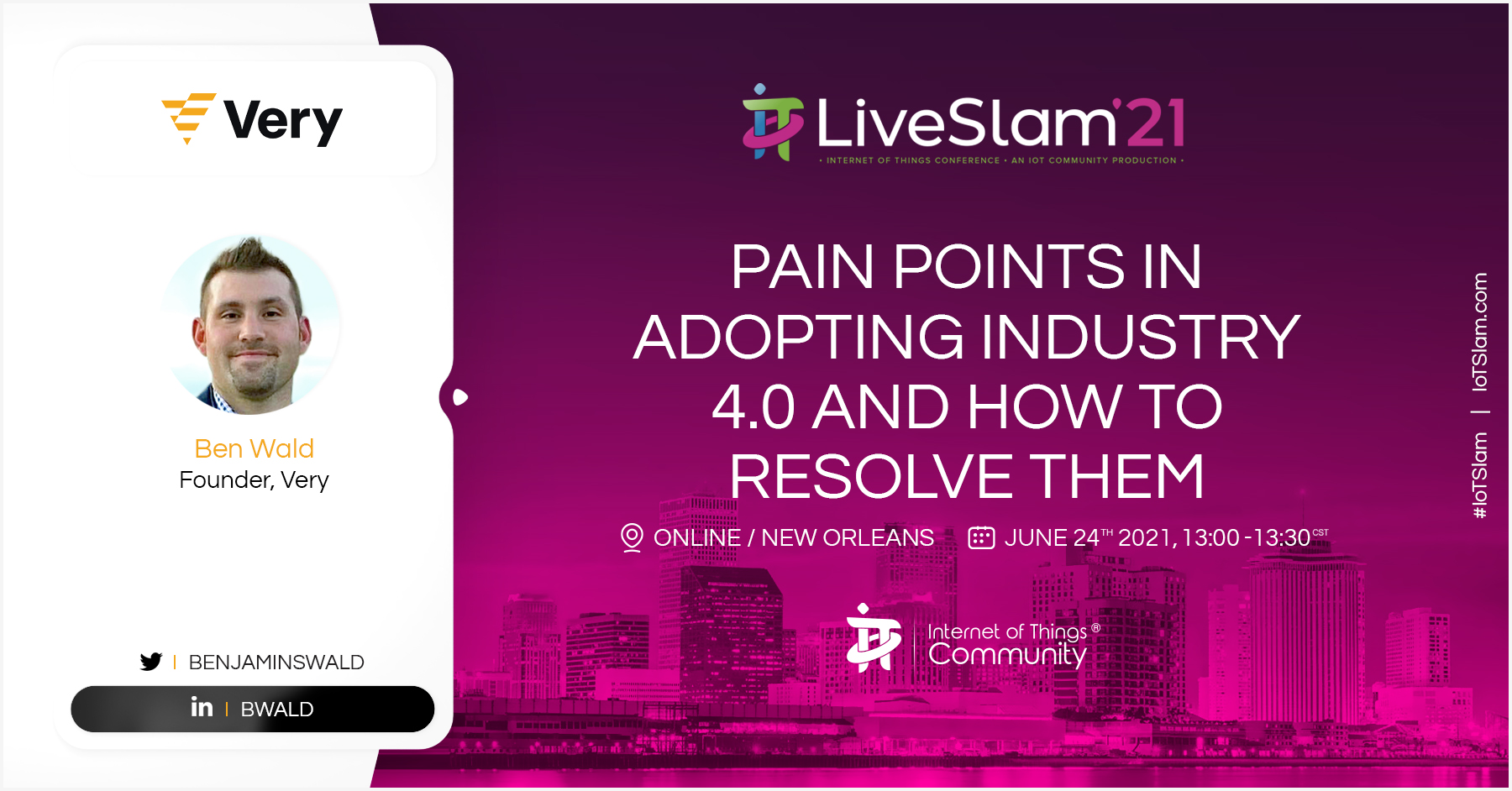 Pain Points in Adopting Industry 4.0 and How to Resolve Them

Industry 4.0 continues to gain momentum and grow at an unprecedented pace — and competition among tech companies is fierce. While early adapters seem to thrive, companies that fail to evolve are at risk of becoming obsolete. Strategy, organizational agility and resiliency, along with solid leadership are critical to the success of implementing Industry 4.0. In this keynote session, Ben Wald, will discuss the top obstacles your company could face in the near future, and outline strategy aimed at overcoming them.

As the Founder of Very, Ben has helped lead over 250 product launches in the last decade, guiding a growing team of more than 100 engineers, designers, and data scientists in understanding our clients’ challenges and building custom IoT solutions. Before founding Very in 2011, Ben served as the executive director at Ashoka Changemakers, where he spearheaded the software development of a suite of products to connect social entrepreneurs with global resources. During Ben’s early career, he also co-founded two successful startups. His first endeavor was an online education software company that secured more than $5+ million in seed capital, was later acquired by eCampus, and resulted in Ben being named as one of Businessweek’s Top 25 Young Entrepreneurs. He also co-founded LookSharp, which secured $10+ in venture financing and was acquired by WayUp in 2017.