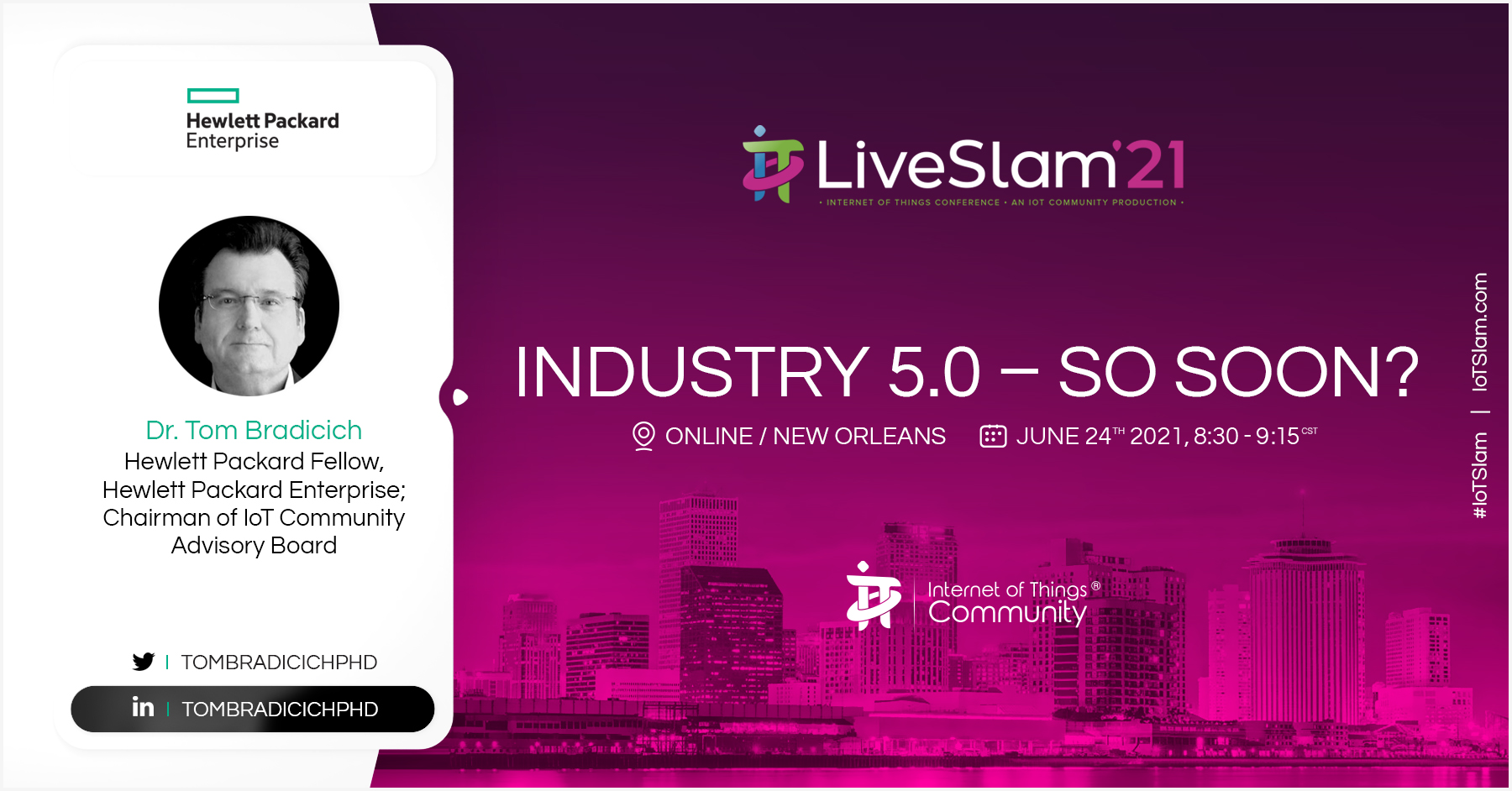 A welcome and introduction to the fifteenth IoT Slam event – the IoT Slam Live 2021 Conference, by Chairman of the Advisory Board, Dr. Tom Bradicich, who will provide an update on current conditions for our IoT Community members, as well as set the stage for the rest of the day.

Characteristic of the rapid pace of technology advancement, there are now signs of Industry 5.0 emerging, even though Industry 4.0 has not yet been fully realized. Characterized by intimate human-machine cooperation, mass personalization, sentient AI systems, and ubiquitous connected intelligent “things” (IoT) — embracing Industry 5.0 will present a level of change to companies not seen before in past industrial revolutions. Dr. Tom Bradicich will review a brief history of the past four industrial revolutions, characterize the current state of Industry 4.0, and discuss several sociotechnical and workplace cultural challenges to bridging to Industry 5.0. Dr. Tom will conclude with a summary of what he’s learned from other industry experts concerning privacy, people leadership, and the return of human creativity to counter “excessive automation”, in the Industry 5.0 world that’s being thrust upon us.