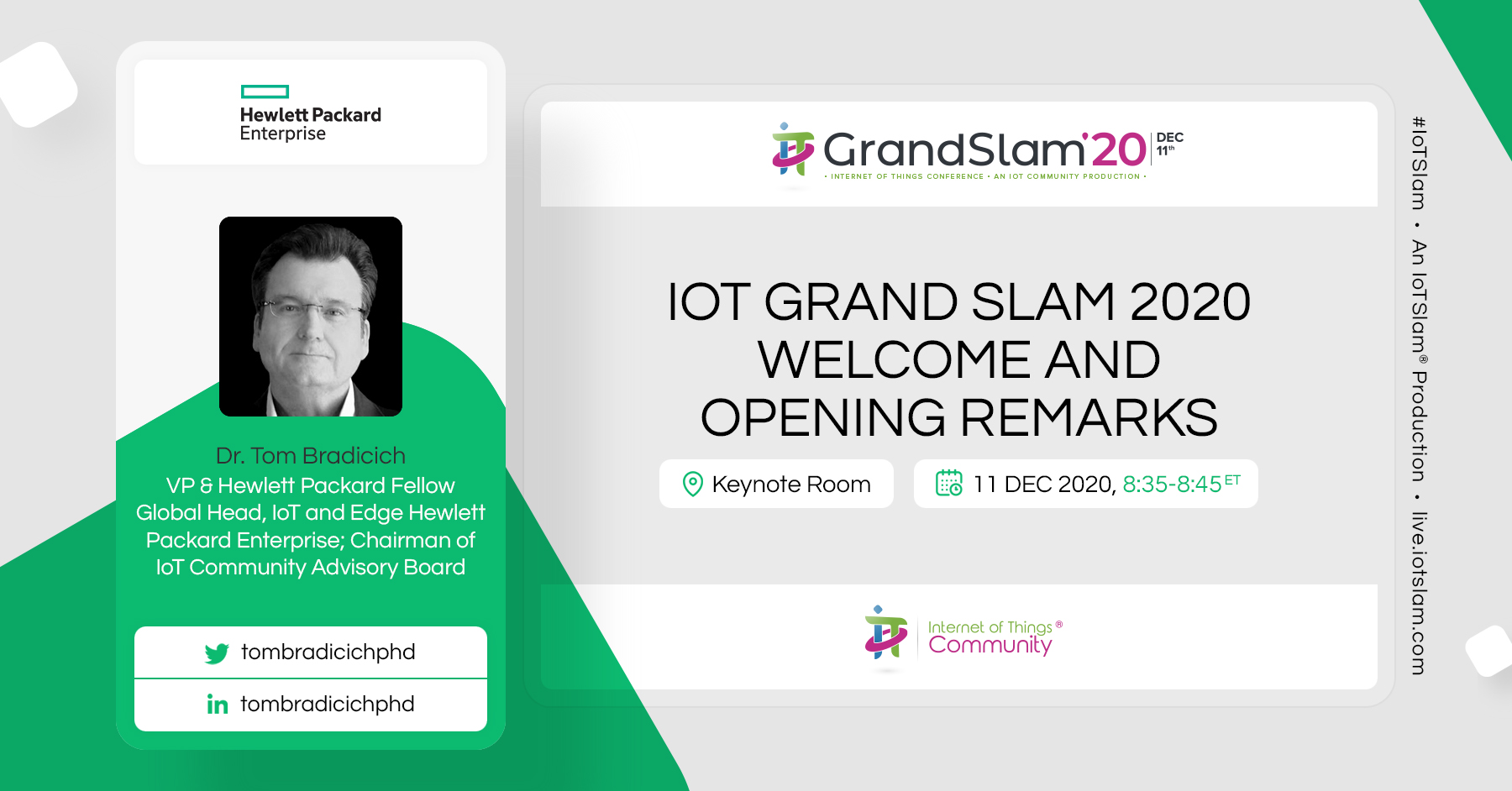 A welcome and introduction to the twelfth IoT Grand Slam 2020 Conference, by Chairman of the Advisory Board, Dr. Tom Bradicich, who will provide an update on current conditions for our IoT Community members, as well as set the stage for the rest of the day.