Implementing AI Securely in IoT: An Overview of Artificial Intelligence and How It Can Be Securely Brought Online 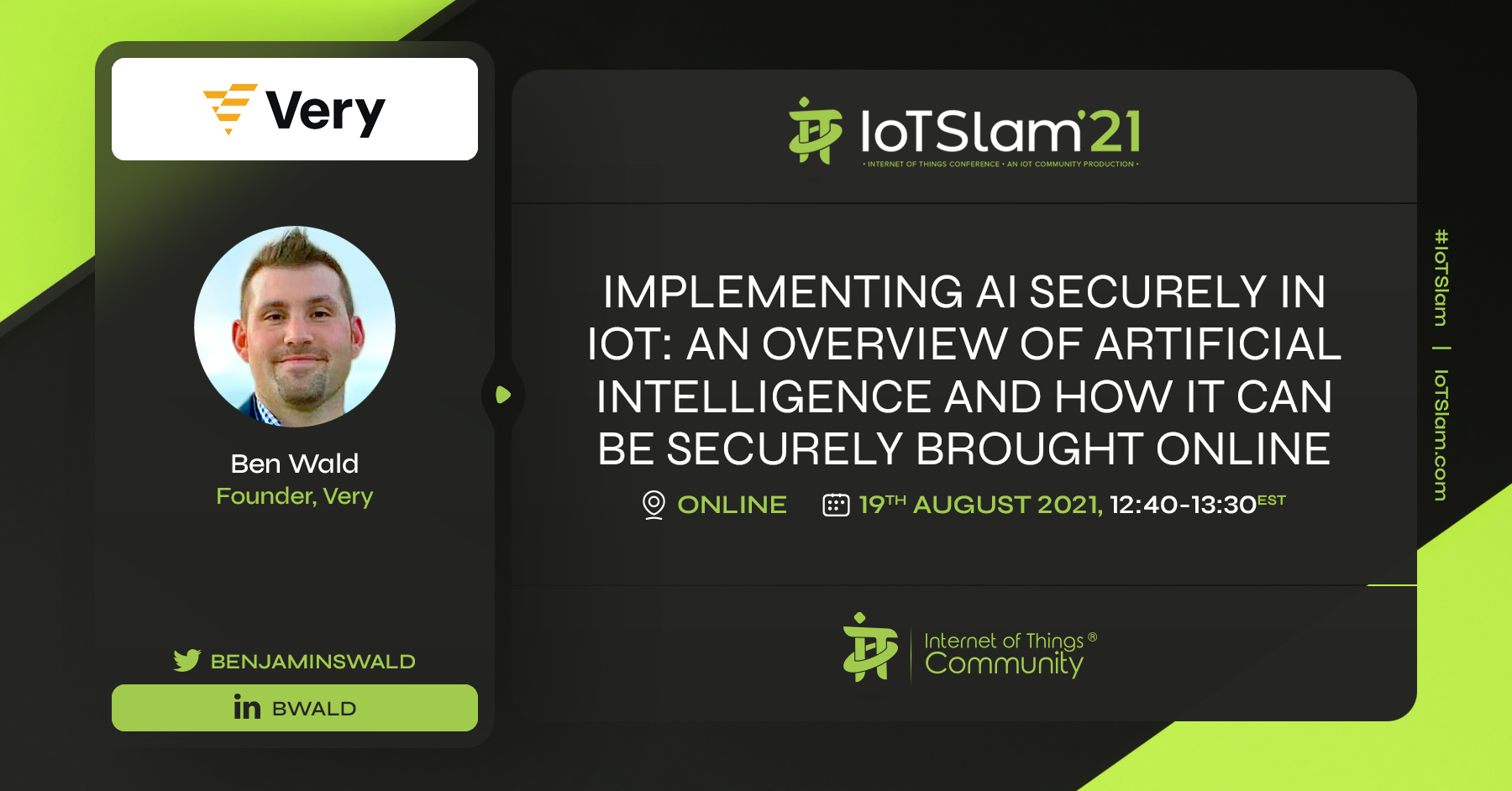 Implementing AI Securely in IoT: An Overview of Artificial Intelligence and How It Can Be Securely Brought Online

With the accelerated growth of data generated by the Internet of Things (IoT) devices, the traditional cloud computing model by transferring all data to the cloud for processing has become antiquated and gradually failed to meet the real-time requirements of IoT services. Security and privacy preservation have become critical issues. Despite great progress in artificial intelligence (AI) opening limitless possible windows to address the security challenges; AI is oftentimes misunderstood. In this discussion, Ben Wald will give an overview of the contribution of AI to IoT security and how it can be securely brought online.

As the Founder of Very, Ben has helped lead over 250 product launches in the last decade, guiding a growing team of more than 50 engineers, designers, and data scientists in understanding our clients’ challenges and building custom IoT solutions. Before founding Very in 2011, Ben served as the executive director at Ashoka Changemakers, where he spearheaded the software development of a suite of products to connect social entrepreneurs with global resources. During Ben’s early career, he also co-founded two successful startups. His first endeavor was an online education software company that secured more than $5+ million in seed capital, was later acquired by eCampus, and resulted in Ben being named as one of Businessweek’s Top 25 Young Entrepreneurs. He also co-founded LookSharp, which secured $10+ in venture financing and was acquired by WayUp in 2017.