Hydration: The Solution for Limitless IoT Productivity and Creativity Improvement 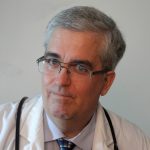 Hydration: The Solution for Limitless IoT Productivity and Creativity Improvement

We tend to focus on the IoT and forget that it’s people that are connected. When we are not at peak performance, we cannot produce optimal work. Even mild dehydration, resulting from every day activities, can negatively effect how we feel and our productivity. It is estimated that 75% of the US population is mildly dehydrated. A search of dehydration on Pub Med will show a relationship with over 78 of the more common diseases. The British Journal of Nutrition, evaluated volunteers to find out what the effects of dehydration would be on cognition. The groups consisted of women and men in their early 20’s. All were healthy and had a daily 30-60 minute routine of exercise. The study looked at concentration, reaction times, memory, vigilance, mild fatigue, anxiety, and tension. The take away: the health, lives and productivity of the users of the IoT can be improved if properly hydrated. As producers, read: improved employee concentration, improved reaction times, improved memory, increased vigilance, reduced fatigue, decreased anxiety, and a reduction in work place tension. The bottom line: We are the IoT. People are the ultimate computing devices that are connected. The better we function, the better the IoT will work. The question then becomes, what is hydration. We need look no farther than the hospital and sports medicine to find the answers. Simply drinking water will not hydrate us. Water on its own is a diuretic. It causes us to waste or expel salt which results in more water loss and ultimately dehydration, or as we nurses like to say, ‘fluid and electrolyte imbalance.” There is a simple solution to this 75% of the population problem. It is not in sports drinks. It is not in running to a clinic and getting a liter of normal saline put into your veins. It is in a 2000 year old hack (yea, Hippocrates first wrote about it) that was rediscovered by a doctor facing execution, a victim of the Iranian Revolution. Awaiting his death, he tried to help those who were still alive, deal with the stress of knowing they were going to die. His sentence commuted and released from prison, he went on to write the book, Your Bodies Many Cries for Water. We call his work ‘The Water Cures.’ We will teach how to use this simple bio-hack that is found in our cupboards.

My life has taken me from being a tool and die maker, a general contractor, a stone mason (specializing in dry stone walls), working internationally as a non-degreed engineer and finally in to health care. I have been a freelance public speaker since my first speech at a Colorado University while still in high school. I also have taught credit-free public speaking classes. My career as an artist started with the creation of a cartoon character named Melvin. From there, I explored sand carved and (etched) glass in the late 70’s. My works are in collections across the country and around the world. Included in my credits is a restaurant featuring my work that won a national interior designers award. Up until this point, my education had come from the University of Life. The hours were great and there was no heavy lifting involved. Then in the mid 80’s my career was put on “slow” to pursue my life’s list of things to do. (I still produce my art). Included on that list was to become a professional nurse (registered nurse). Not content with simply being a nurse, I soon specialized in unique fields of nursing such as Advance Transfusion Practice (also known as Bloodless Medicine and Surgery). My practice has offered me the opportunity to work with cutting edge doctors and even lecture in several countries in this half of the world. The course of striving to learn there was about blood, lead to an introduction to Dr. Fereydoon Batmanghelidj and the Water Cure. One aspect of this research included learning the benefits of boosting Glutathione (GSH) in the body to improve blood production, effectiveness and peak performance. As it turned out, fluid and electrolyte balance, glutathione, our blood and the Water Cures are all connected and to some degree interdependent. The Water Cures Protocol is the oral version of a saline IV such as you would get in a hospital (if you were one of the 75%). It is so simple, effective and inexpensive, it became part of my mission in life to teach people how to benefit from its use. Starting with professional athletes, our successes were so incredible, we started making the protocol available to everyone at no cost. It is a simple solution for so many health issues, but most importantly, it is the simplest way to attain peak performance.