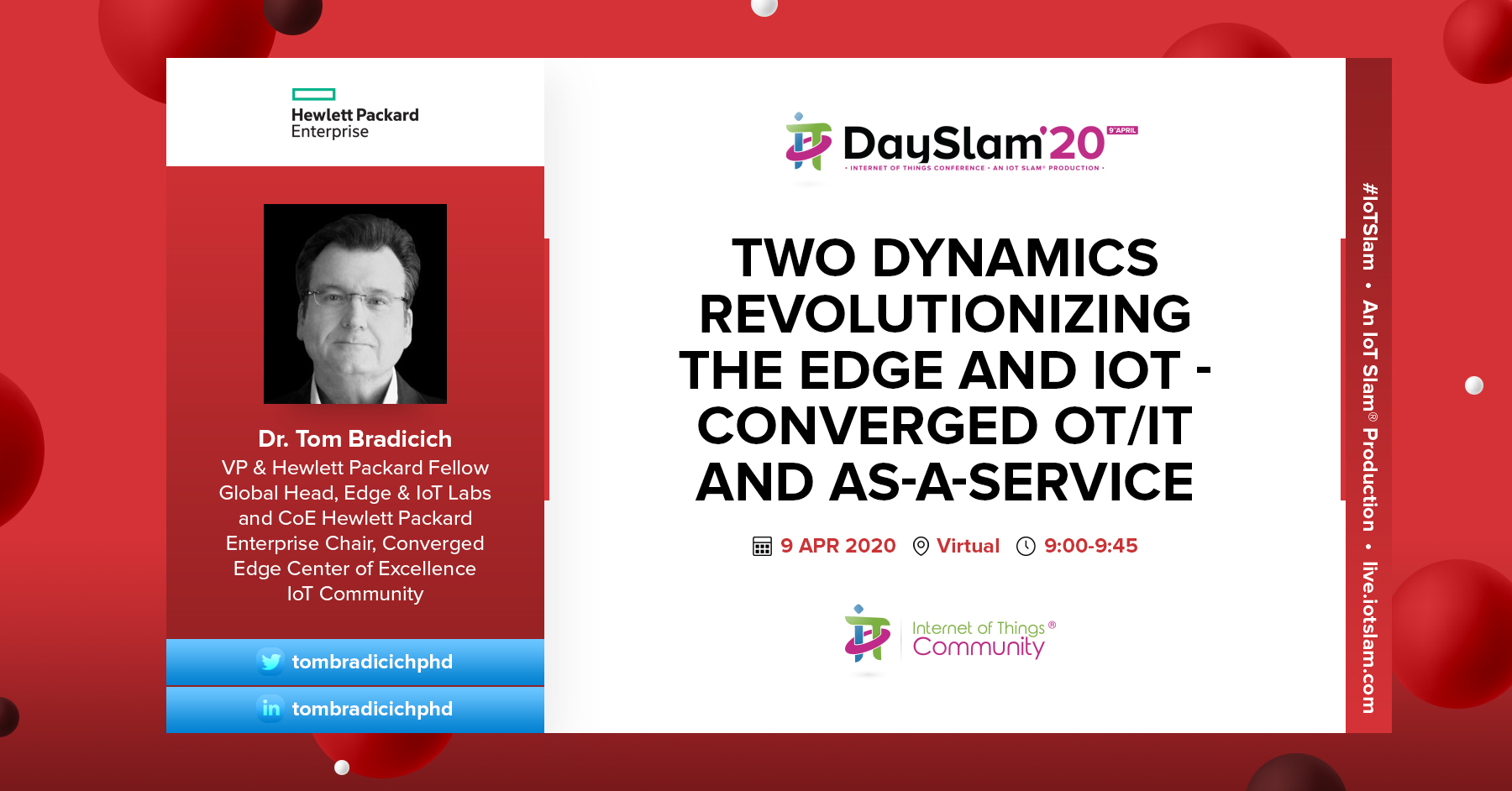 IoT and edge solutions continue to evolve with new use cases and advancements in many areas. For several years, while at National Instruments and now at Hewlett Packard Enterprise, Dr. Tom Bradicich led teams to pioneer several real world cases for the IoT and edge — with many customers deployments. He will share how his past experiences are shaping his current work developing first-of-a-kind solutions that converge OT (operational technologies) with IT, and, apply new as-a-Service technologies to the edge and IoT. The challenges to adoption, and supply side (vendor) and demand side (customer) benefits will be discussed. In his capacity chairing the IoT Community’s Converged Edge CoE, Dr. Tom will share a reference “converged edge” solution, which includes solution elements from several IoT Community member companies across the industry ecosystem.