Headline Keynote – AI – From Edge to Cloud to Edge Again 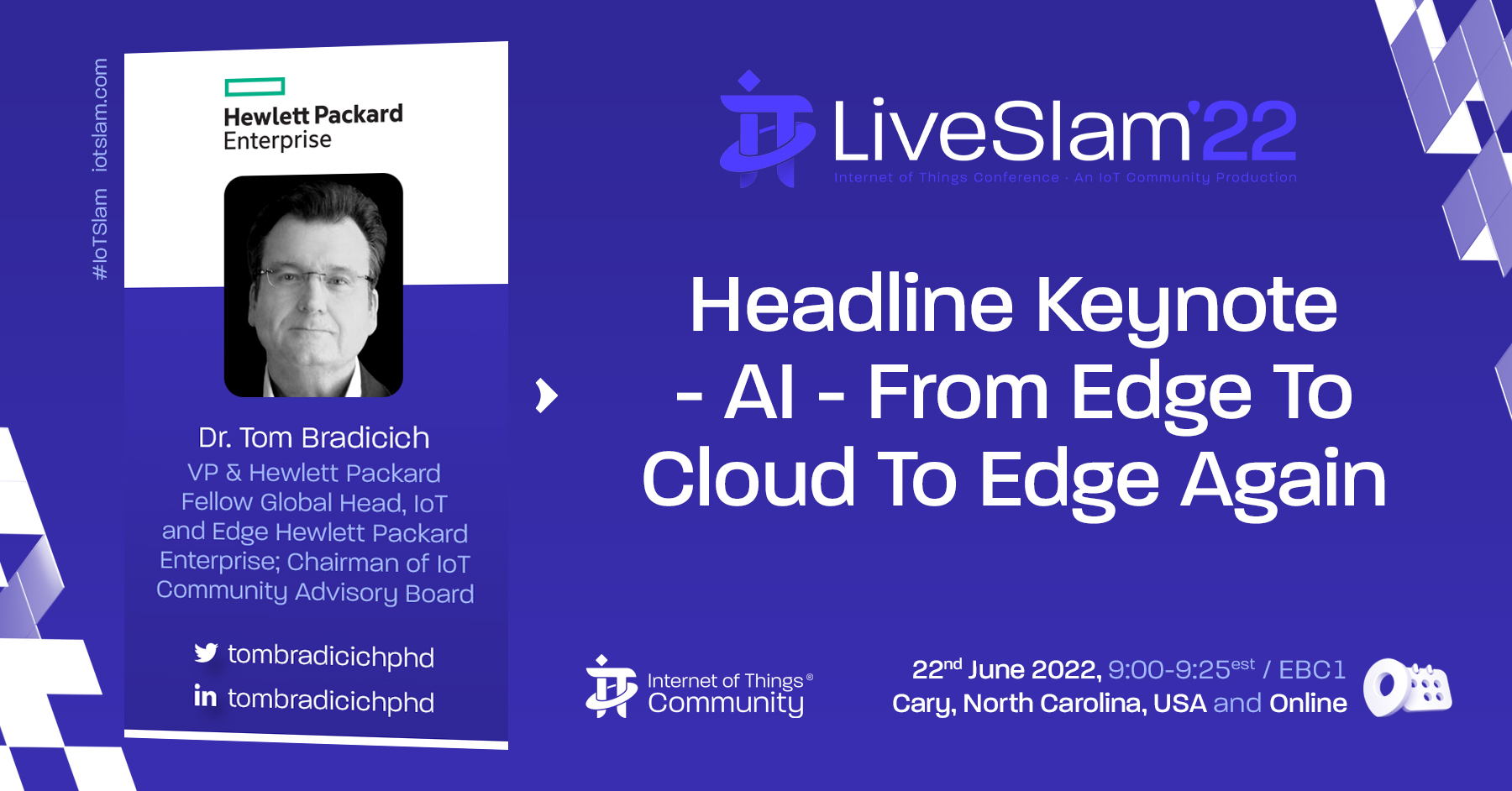 Headline Keynote – AI – From Edge to Cloud to Edge Again

Although AI has achieved celebrity status today, the record of its mid-century origin shows early application in what today are called the 3 PC’s of the edge and IoT –“perpetual connectivity, pervasive computing, and precision control”. After a period of contracting into the datacentre, today AI is experiencing an unleashed ascendency at the edge, supported by the connectivity and smart things in the IoT. Join Dr. Tom Bradicich, Hewlett Packard Enterprise Fellow, and his special guests as they share deep insights into the technology of how AI operates at the edge and IoT, and its societal and business benefits.