Edge Computing in Space, The Next Frontier of Innovation 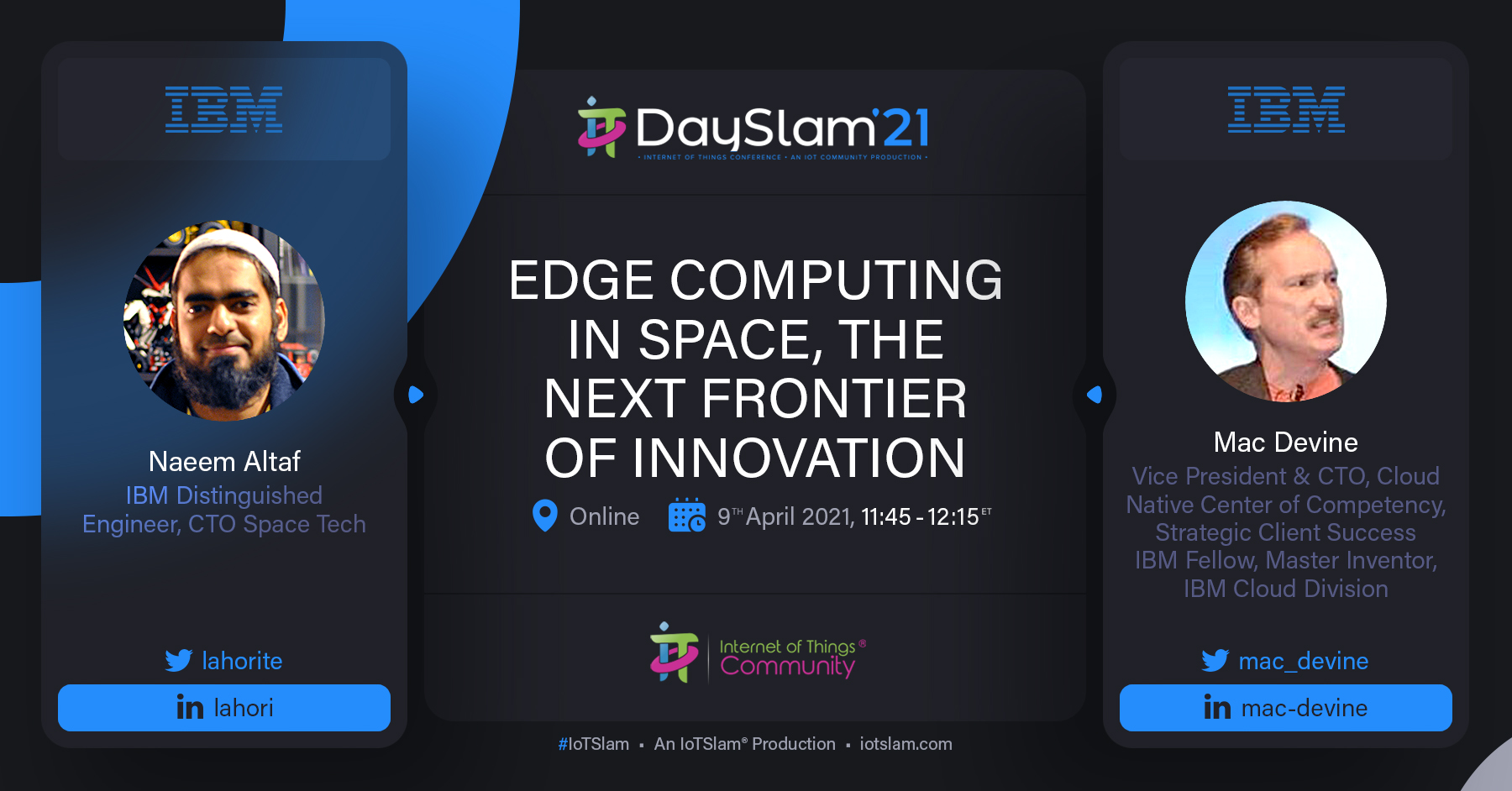 Edge Computing in Space, The Next Frontier of Innovation

As missions being planned like Artemis, going back to the moon, lunar gateway, and satellites launched into orbit for tasks like earth observation, scientific experiments, the need to perform computation where the enormous amount of data is being produced is becoming inevitable. IBM developed the edge computing solution in space, eliminating the need to move the massive data being produced on the ISS by the DNA Sequencing project, by presenting containerized analytical code right where the data is being produced by leveraging the local compute to be available on ISS, reducing the time to get results.

Naeem Altaf leads IBM’s Blue Tech Innovation group, focused on innovating from edge computing in space to supply chain optimization for space assets, to the autonomous cognitive framework for CubeSat swarms, to growing challenges of space debris and collision avoidance, to geo-spatial analysis with satellite imagery, to exploring quantum computing for opening new realms of possibilities for the new space age. Naeem’s team also partners with various space agencies, universities, and space tech companies, to design and build a first-of-a-kind proof of concepts and technical prototypes. Naeem has been leading work for IBM in collaboration with NASA and SETI for the Frontier Development Lab (FDL) program. Naeem is often a technical spokesperson internally and externally for IBM across a variety of topics including cloud, Internet-of-Things, blockchain, edge computing, and Space Tech. Naeem also has several articles and patents issued. He has been with IBM for more than 20 years.

Mac Devine has 32 years of experience with networking and virtualization. The first 7 of those years were spent in mainframe software development where he served as chief programmer for several VTAM releases. Mac then moved to mainframe software design where he served as chief designer for several Communications Server releases and lead the design work for Sysplex and SNA over IP networking (aka Enterprise Extender). In 2000, Mac went on temporary assignment for 2 years to assist the new networking alliance teams (IBM/Cisco, IBM/Nortel) in the role of lead solutions architect. Upon conclusion of this temporary assignment, he started the Linux Networking Solutions team within Enterprise Platform Software and served as it’s product director and chief architect. In 2005, Mac started the Enterprise Platform Software Architecture Board and served as it chairman. The ESAB is the System z focus area for the SWGAB and is responsible for the architecture, design and strategy of solutions using IBM middleware on System z. In 2007, Mac started the zCloud Innovation team and served as its chief architect. The zCloud Innovation team provided the architecture, design and development for several in-market experiments leveraging System z as a premier cloud platform. Mac’s innovative zCloud architecture and design resulted in him being named an IBM Master Inventor. In 2008, Mac was appointed as an IBM Distinguished Engineer and became the WebSphere CTO for Cloud Computing. Mac’s innovations in this role resulted in him being appointed as a member of IBM’s prestigious Academy of Technology in July 2009. In 2009, Mac went on temporary assignment for 2 years with the IBM Corporate Strategy team where he served as the CTO for Cloud Partnerships and Client Innovations. During this time, Mac co-authored the Springer’s Handbook of Cloud Computing which is used by many Colleges and Universities. Upon conclusion of this temporary assignment, Mac joined the IBM Global Technology Services team and served as its Director and CTO for the Cloud Portfolio. In this role, Mac lead the technical due diligence for the SoftLayer acquisition and the creation of IBM’s new Cloud Services Division. In 2016, Mac was appointed as IBM Fellow, IBM’s highest technical honor. Mac currently serves as the Vice President and CTO of Cloud Native Center of Competency for the IBM Cloud Division. Mac also serves on the faculty of the Cloud Computing Expo, Things Expo and IoT LinkedIN Community as well as the IBM executive Sponsor for MIT. Mac is a 1988 Clemson University graduate with a Masters of Science degree in Mathematical Sciences and now serves as its IBM executive Sponsor. Mac is married with 2 sons.