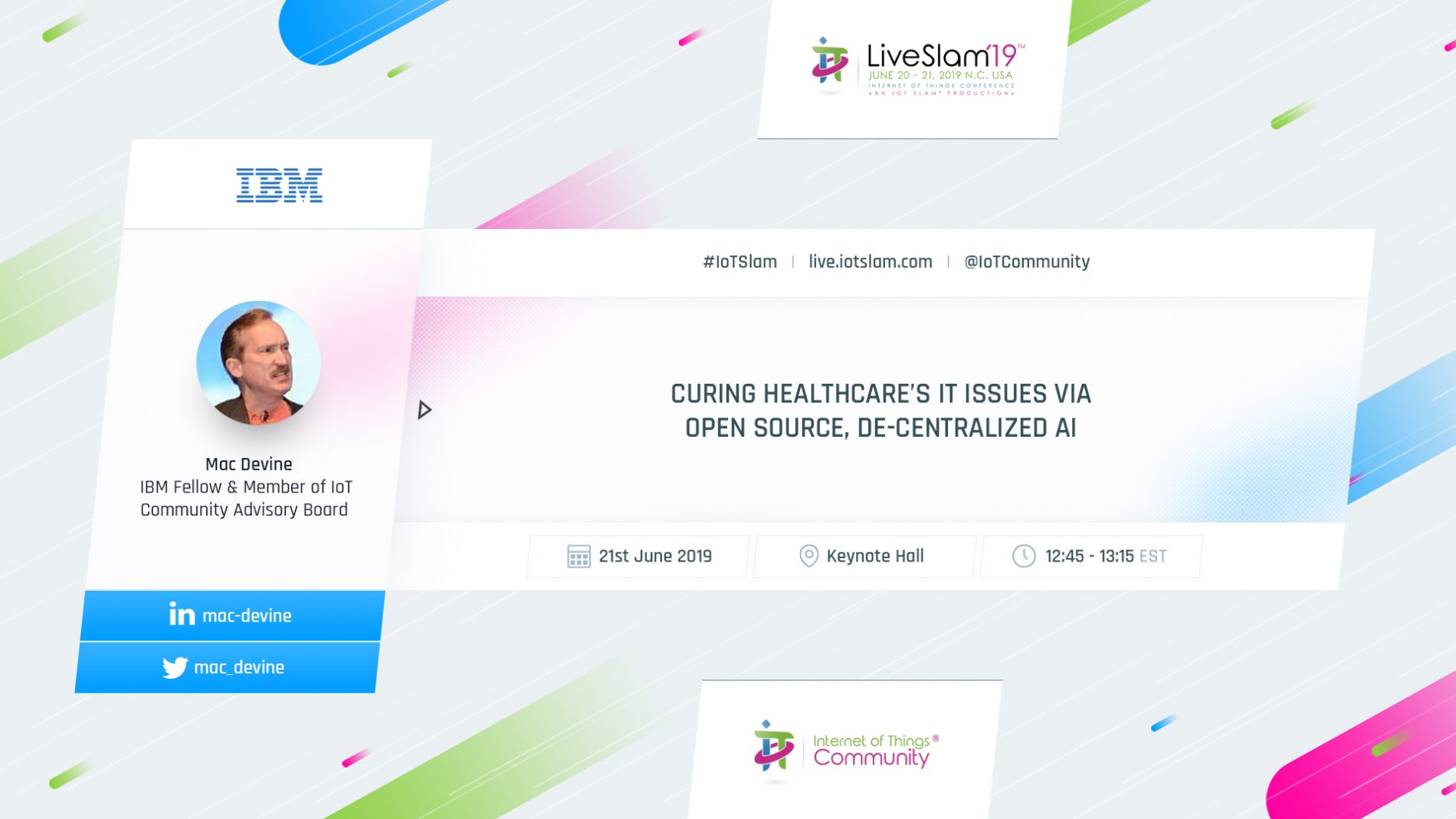 Traditional Healthcare IT has been plagued with a lack of agility and insight. We have all seen its symptoms: Lack on interoperability, subjective vs objective decision making, delays in service delivery, and silos of information. In this session, IBM Fellow Mac Devine explains how moving to an architecture that can fully take advantage of technology advances in Open Source and AI can provide significant improvements for Healthcare IT. By moving to a de-centralized architecture, no longer is Healthcare IT bound by restrictions and limitations around data movement because real-time insight can be moved to where the data resides.

Mac Devine has presented at IoT Slam twice before, A “surthrival” guide for the perfect storm of Big Data, Cloud and IoT, https://iotslam.com/session/Internet-of-Things-Conference-a-surthrival-guide-for-the-perfect-storm-of-bigdata-cloud-and-iot/ and as a panelist on the IoT Security Panel – Executing IoT Security for a Connected future.

The function of the IoT Community is to focus on the adoption & application of IoT in commercial environments, seeking to understand & contribute to applying the technology or overcoming the wide variety of barriers, inhibitors, and technical & operational issues. As a member of the board, Mac Devine will provide impartial input and guidance to the overall vision, strategy, and execution that is helping to shape the current and future direction for the IoT Community, as well as the broader IoT industry.