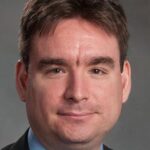 Agriculture as a sector represents a wide range of products and a tremendous range of settings where the products are grown or raised. The Internet of Things is increasingly important as part of the Agricultural landscape – and the foundation for Agriculture 4.0. Use cases and adoption range from implementation that deal with automation and robotics, to address the shortages of labor available to agricultural enterprises; to cross-cutting needs such as irrigation, pest control, and fertilization, where efficiency, timing, and formulation of applications is crucial for yield and economics; to avoidance of disruption due to equipment and infrastructure conditions or minimization of disruptions due to climate and weather; to methods and techniques that greatly affect quality of agricultural products and their timely delivery to the marketplace – in a condition that meets the needs of the retailer and has the appeal and nutrition for the consumer. The panel discussion will be focused on the importance of domain knowledge in formulating solutions that effectively address the complex path of agricultural products “from planting to table” and how the mix of bio-science and technology affects the outcome.

Farooq is the co-founder of GroGuru – a startup focused on strategic irrigation management. The right amount of water at the right time – that is the service that GroGuru provides to farmers using a combination of IOT and AI. Before GroGuru Farooq was working at another company focused on M2M communication; Wireless networks designed by him have been deployed in several countries all over the world. In addition to this Farooq is also an expert in the area of blockchains and Bitcoin.

Dr. Mehmet Can Vuran is the Susan J. Rosowski Professor of Computer Science and Engineering at the University of Nebraska-Lincoln. Dr. Vuran received an NSF Career award in 2010 for “Bringing Wireless Sensor Networks Underground”. In 2014, 2015, and 2016, he was named a highly-cited researcher in computer science by Thomson Reuters. He received a Parents Recognition Award from UNL Parent’s Association in 2016. He is the co-author of Wireless Sensor Networks textbook, Technical Program Committee Co-Chair of IEEE INFOCOM 2020, and an editor in Computer Networks Journal, IEEE Transactions on Mobile Computing, and IEEE Communications Surveys and Tutorials Journal. His current research interests include Internet of Things, underground communications, cognitive radio networks, and cyber-physical networks. He is an expert on Agricultural applications of IoT (Ag-IoT) including the use of novel sensor and communication systems. Recently his research has been focused on networks, where sensors are buried in the ground and communicate through soil, with applications in precision agriculture, mining, environmental monitoring, and infrastructure monitoring. He received his B.Sc. degree in Electrical and Electronics Engineering from Bilkent University, Ankara, Turkey in 2002. He received his M.S. and Ph.D. degrees in Electrical and Computer Engineering from Georgia Institute of Technology in 2004 and 2007, respectively.