This is a single blog caption
20
Apr

For more information or to register for the event, visit http://www.iotslam.com/register. 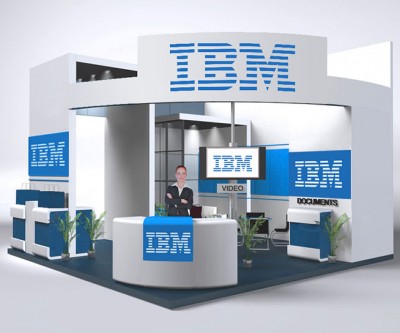 IoT Slam is the IoT event for the IoT practitioner and content purist. At the IoT Slam 2016 event on April 28th 2016, Chris O’Connor will participate in a “world exclusive” and leading edge IoT Platform panel alongside Microsoft Azure’s IoT Chief Sam George, GE Current’s CTO Dave Bartlett and Steven Blackwell, Emerson’s Vice President of Engineering. Titled: Platforming IoT: What makes an IoT Platform Transformative. This session will explore key capabilities, features and technologies that are moving IoT Platforms from infrastructure enablers to business imperatives. “From interoperability to security to future capability, platform decisions can make or break an IoT investment. Given the criticality of digital transformation across industries, this panel of IoT heavyweights will shine some light on what defines a transformative IoT platform.” said panel moderator and M2Mi COO, Dr. Sarah Cooper, Internet of Things Community Vice-Chairwoman.

Also at the event, Sandy Carter, General Manager for Developers and Start-ups for IBM Cloud will present a Keynote Titled Things that think: The rise of cognitive IoT business In her talk, Sandy will outline how the Internet of Things (IoT) is generating a sea of valuable data that promises to unveil hidden meaning beyond the limits of human thinking. Sandy will also outline methods and best practices that demonstrate how customers are embedding cognitive IoT strategies into their enterprises; to acquire new customers, grow their ecosystems, and create one-of-a-kind customer experiences.

“We are delighted to announce IBM as a partner and headline sponsor at the IoT Slam conference on April 28th, and we are very excited to welcome IBM Watson IoT Offerings General Manager, Chris O’Connor to the IoT Community Advisory Board.”, said Bill Mortimer, Vice President of Strategic Marketing at Spirent Communications, and IoT Slam Organizing Committee Chairman. “IBM is leading the way in IoT and cognitive computing with its long standing expertise in the cloud, mobile and emerging technologies. IoT Slam attendees will have a first-hand view of IBM’s contributions and directions in the IoT industry.”

IBM will also be staging a virtual showcase of its leading edge IoT, Cloud and Cognitive Computing solutions, where attendees will be able to access and learn more about what IBM is doing to streamline the IoT industry directly on-line.

“IBM is excited to collaborate with, and be an active member of, the Internet of Things Community and its second IoT Slam 2016 event,” said Chris O’Connor, General Manager, IBM Watson Internet of Things Offerings. “As we enter the era of cognitive IoT, machines can analyze the staggering 80 percent of data that is left untouched by today’s systems, and can help consumers and organizations make smarter decisions based on interactions with people and data. We look forward to engaging with members of the IoT Community on April 28 as we explore how to best leverage cognitive computing and IoT for transformative benefit.”

IoT Slam 2016 Registration
For more information or to register for the event, visit http://www.iotslam.com/register  Registered Attendees will also benefit from receiving full access to all IoT Slam 2015 Sessions.