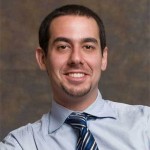 A widely published marketing expert focused on new media and the strategic use of information technology, Jonathon has presented to audiences that include the 2012 Morgenthaler Ventures DC to VC competition, Health 2.0, the mHealth Summit, the Skolkovo Foundation (Moscow), and Young Inventors International. In 2009 Jonathon was honored to serve as an MBA Intern in the White House Office of Management & Budget (Performance and Personnel Management division), where he helped spearhead the redesign and relaunch of USAJOBS.gov – the “Face of Federal Hiring.”

Prior to BLT, Jonathon co-founded and published Citizen Culture, the world’s first all-digital print-form magazine [more…], and With This Ring, the first all-inclusive weddings magazine. From 2004-2008 he was the youngest member of the American Society of Magazine Editors, and in 2005 he became the youngest Faculty appointee in College of Communication at Boston University. He is a member of the National Press Club (USA), with an extensive consumer business and trade publications list that includes Forbes.com, BusinessWeek.com, Mediabistro.com, Advertising Age, 944 Los Angeles, EMS World, and The Health Care Blog. He was a finalist for the 2010 WPP Fellowship.

Jonathon has Tourette’s Syndrome and is passionate about advocating on behalf of people with disabilities. Concurrent with his professional activities, and following a short term in the U.S. Army Reserve, he engaged in scholarly research on the etiology and treatment of psychiatric disorders including Post-Traumatic Stress. He has presented original papers before the World Congress of Psychosomatic Medicine (2009) and the American Academy of Religion (2004), and edited a textbook chapter on the pharmacological treatment of epilepsy.

All session by Jonathon Feit