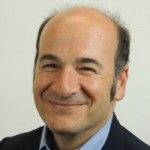 Chris Kalaboukis is a CTO, inventor, futurist, coder, blogger, podcaster & speaker and that’s just according to his Twitter profile. Having lost count after 50 of his inventions became issued patents, he spends most of his time thinking about the future, seamlessness, ambient intelligence, crowdification, platformization and coining new words. He’s launched startups, ran innovation programs for companies like Yahoo!, Walmart.com & Citigroup, blogs incessantly, podcasts and has a web TV show at thinkfuture.tv. You can find him at thinkfuture.com reporting on innovation, startups & the future, not necessarily those and not necessarily in that order.

All session by Chris Kalaboukis