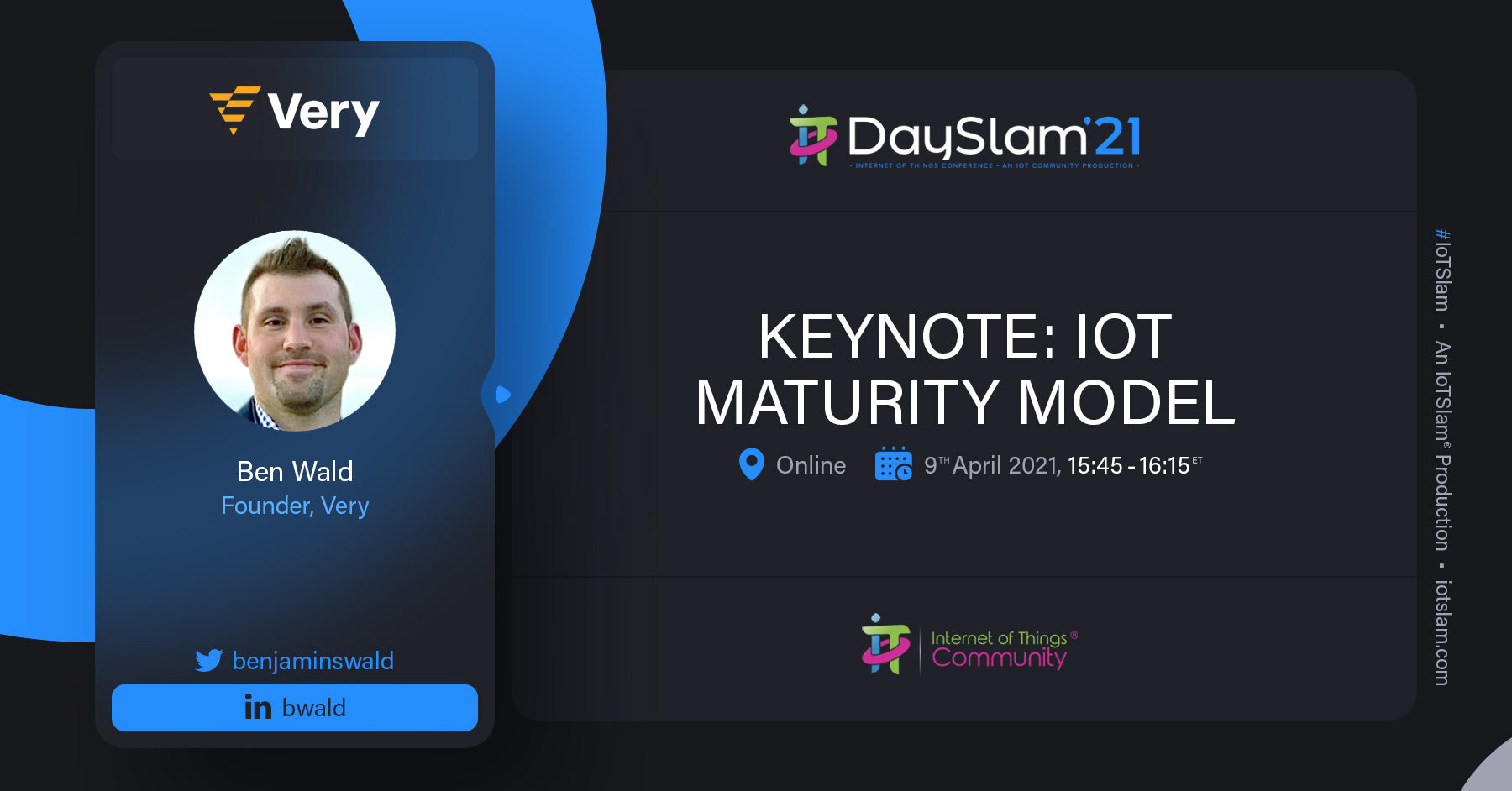 If you’re leading an IoT initiative and want to set yourself up for continued success, you need an IoT strategy that connects better experiences for consumers with more repeatable revenue for your business. That’s why we developed the IoT Maturity Model to help companies set the stage for profitability over the long haul.

In this talk, we’ll explore:

As the Founder of Very, Ben Wald, has helped lead over 250 product launches in the last decade, guiding a growing team of more than 50 engineers, designers, and data scientists in understanding our clients’ challenges and building custom IoT solutions. Before founding Very in 2011, Ben served as the executive director at Ashoka Changemakers, where he spearheaded the software development of a suite of products to connect social entrepreneurs with global resources. During Ben’s early career, he also co-founded two successful startups. His first endeavor was an online education software company that secured more than $5+ million in seed capital, was later acquired by eCampus, and resulted in Ben being named as one of Businessweek’s Top 25 Young Entrepreneurs. He also co-founded LookSharp, which secured $10+ in venture financing and was acquired by WayUp in 2017.