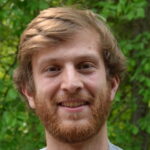 , CEO & Co-Founder at Iterate Labs. Jason is an advisor to startups at Cornell eLab Accelerator, and received his PhD in Biomedical Engineering focusing on human performance, biomechanics, and orthopedic disease. Jason is now focused on wearables and artificial Intelligence for Factory Workforces. Prior to Iterate Labs, Jason was one of the first engineers at a robotics company in the hospitality industry called Maidbot.

All session by Jason Guss