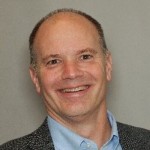 Christopher (Chris) O’Connor is the Chief Executive Officer at Persistent Systems and is responsible for the strategic direction of the Company. Until recently, Chris led the Internet of Things business unit at IBM including roles as its General Manager, Head of Sales and Head of all software R&D. He has been the founding strategist, leader and industry wide innovator of IBM IoT. His prior roles in IBM have centered around building new businesses for IBM such as Systems Management, IBM Commerce and Financial Software, and founding the IBM Smart Cities software and services business. He also has led network hardware R&D in the start-up community both exiting and returning to IBM in that tenure. An alumnus of the Rutgers University, Chris holds a dual Bachelor of Science degree in Electrical Engineering and Computer Science. He has remained academically active, achieving a management certificate from the University of North Carolina and advanced management training from Harvard University. He is a regular guest lecturer at Duke University, Harvard University and a member of the board of Computer Information Technology at Appalachian State University. Chris is a father to two daughters and is an outdoor sports enthusiast.

The function of the IoT Community, is to focus on the adoption & application of IoT in commercial environments, seeking to understand & contribute to applying the technology or overcoming the wide variety of barriers, inhibitors, and technical & operational issues. As a member of the board, Chris will provide impartial input and guidance to the overall vision, strategy and execution that is helping to shape the current and future direction for the IoT Community, as well as the broader IoT industry.

All session by Chris O’Connor