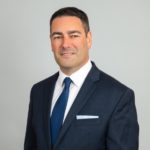 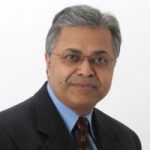 In the era of internet of smart things where machines interact with each other more than humans, Trust, Privacy and Security become important tenets of the ecosystem ranging from providers, suppliers, consumers to investors. While the Security pillar has had its limelight in standards, compliance, regulations and practices, it is the Trust and Privacy aspects that need rethinking from practitioners’ standpoint. It is our pleasure to share with you formation and charter of this new working group who would be entrusted with the mission of sharing best practices making a set of recommendations that are necessary to help trust and secure IoT devices and their data throughout their lifecycle. Through a forum of practitioners and their experience to date, a consensus driven principles and practices would have to be put forward. The target use cases and audience will be connected home, smart office, AI toys, activity trackers, fitness devices, medical monitoring devices, biometrics, wearables and nearables.

Join this exclusive virtual panel session to hear from IoT luminaries discussing how to leverage cyber-security best practices to create trust across humans and devices.

Ms. Nancy Shemwell serves as the Chief Operations Officer of the IoT Community and will undertake key contributions to help deliver on the IoT Community’s forward directions to move ‘up the technology stack,’ while adding scale to its growing member business. Ms Shemwell most recently served as Chief Executive Officer at entegra technologies (now Vericlave), inc. since May 2016. She served as the Chief Operating Officer of DataSpan, Inc until January 8, 2016. Ms. Shemwell served as the Chief Executive Officer and President of Multi-Link Inc. She served as an Executive Vice President of Global Sales & Services at Symmetricom Inc. from July 2006 to October 12, 2007 and also as its Senior Vice President of Sales and Service. Ms. Shemwell joined Symmetricom in 2004. She served as the President and Chief Executive Officer of Jovial Test Equipment. With over twenty-five years in the telecommunications industry, Ms. Shemwell has held a variety of senior positions with global business responsibilities including assignments in Europe and North America. Her experience covers a broad spectrum of general management, sales and marketing roles in rapidly developing markets. A sixteen year career with Nortel Networks, where Ms. Shemwell held titles of President of Micom Communications Corporation (a Nortel subsidiary), Vice President of Business Segments and Vice President of Sales & Marketing of Wiltel (Nortel’s largest enterprise distributor) and Director of Marketing of Europe, Middle East and Africa. She served as a Director of Call Genie Inc. (also Known as VoodooVox, Inc) from October 26, 2006 to February 2014. Ms. Shemwell served as a Director of UpSnap, Inc. from October 26, 2006 to February 6, 2014. She holds a Bachelor of Business Administration from Baylor University and a Master of Science in Business Administration from the American Technological University.

Mac Devine has 29 years of experience at IBM. During his career he has held a wide variety of technical and business leadership roles including Chief Architect for mainframe software, Lead Solutions Architect for Networking Services, Director for Linux Development, Chief Strategy Office for IBM Cloud and currently is the VP and CTO for the Cloud Native Center of Compentency for Watson Cloud Division. Mac is an accomplished speaker and author on a wide variety of topics but is most noted for his expertise in Cloud Computing and the Internet of Things. In 2006, Mac gained the designation of IBM Master Inventor and in 2009 he was appointed to IBM’s prestigious Academy of Technology. In 2016, Mac gained IBM’s highest technical recognition with his appointment as IBM Fellow.

Dipto Chakravarty is Chief Technology Officer at Exostar, and is responsible for the strategic design, software engineering, and ongoing innovation of the company’s technology infrastructure, operations, and delivery. Dipto brings a diverse set of information security skills and experiences to Exostar. Dipto has a track record of success in the development and re-engineering of solutions in the security field, spanning identity management, cybersecurity, and threat remediation, among others. He possesses deep domain expertise in software-as-a-service, cloud, mobile, and Internet of Things technologies, leveraging them to drive revenue and consistently win industry awards. Dipto’s portfolio includes 11 patents, several best-selling books, and high-profile speaking engagements. Dipto comes to Exostar from CA Technologies, where he was Senior Vice President and General Manager of its core security IAM business unit. At CA, he also served as Senior Vice President of Engineering, with oversight of the company’s cybersecurity product lines. Prior to CA, Dipto held executive positions at ThreatTrack Security, Novell, and Thomson-Reuters. He began his career as a software engineer at IBM and Bell Labs after graduating with undergraduate and graduate degrees in computer science from the University of Maryland.

Jason Cook is Managing Director at The Chertoff Group. Leadership member of the Strategy Practise and Technology vertical, providing strategic direction and operational expertise across the technology spectrum. Proud to mentor and help others reach their potential and chosen path. The Chertoff Group is a premier global advisory firm focused on security and risk management. The Chertoff Group helps clients grow and secure their enterprise through risk management, business strategy, and merchant banking advisory services. Previously, Jason Cook lead BT’s security practice across the Americas region and ran BT’s portfolio and service design activities in the region. Jason was responsible for sales, portfolio, partners and operations for security. At the same time, he ensured that BT consistently maintains high standards across BT Americas for our own security. In addition, Jason lead several teams of sector CTOs, service design and transformation teams. He was responsible for delivering solutions for more than 7,000 of BT’s global customers across the company’s lines of business. With his team’s help, Jason helped to create and provide customers with innovative service propositions and solutions. Jason most recently served as IT Director for BT Americas, responsible for major account global E2E solutions and service design. Jason’s twenty-plus years with BT have given him technical and leadership experience in infrastructure, architecture, development and extensive experience working with vendors. Jason and his teams are always seeking the next stages of customer service and IT advances, with an eye toward developing effective and profitable service propositions for BT’s customers.